Last week, the owners of a planned dispensary spoke at a council meeting in Bellmawr, addressing community concerns and outlining their plans going forward. The dispensary – called Compassionate Sciences – is hoping to open sometime next year, possibly as early as spring.

Last month, the lone dispensary in the state reopened its doors after closing earlier in the summer to build up its inventory, restarting the flow of cannabis to patients. And two weeks ago, New Jersey’s Economic Development Authority approved a $357,200 loan to Compassionate Care Foundation in Egg Harbor Township, ranking as the first time a state development agency has funded a medical marijuana operation. That dispensary hopes to open in the next few weeks and is already growing marijuana.

Additionally, Gov. Chris Christie recently signed a bill that allows dispensaries to make and sell cannabis-infused products, giving them a new way to cater to patients. Under the law, dispensaries can now sell marijuana “in dried form, oral lozenges, topical formulations, or edible form.” This includes everything from tablets and capsules to drops and syrups.

It won’t be a huge revenue source: Only patients 18 and younger can actually consumer edibles under the law, so the market will be very small. However, it’s a step in the right direction, and it could open the door for the wider use of edibles down the road, which would create new business opportunities. The law also relaxes limits on the number of strains a dispensary can sell to a patient, which will boost product diversity and could result in new strains with high-CBD content.

The state passed its MMJ law in 2010, but officials dragged their feet for years and the first dispensary didn’t actually open until this past spring.

While there are still many challenges in New Jersey – other dispensaries are having a tough time winning local approvals, and the process is still taking longer than expected – the industry has made some tangible gains in recent times.

This could lead to looser banking policies in general, and some financial institutions that have severed ties with the industry might reconsider their position. That could make it easier for cannabis-related businesses to open bank accounts – one of the biggest issues facing the industry today. At the same time, the fact that two large, well-known banks are accepting money tied in some way to recreational marijuana will help fuel efforts in Washington DC to change banking policies at the federal level. 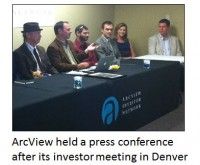