Efforts to legalize and regulate marijuana in Maine and New Hampshire sputtered out this week, dashing hopes for an expansion of the recreational cannabis industry in 2013.

In New Hampshire, a House committee voted 11-7 on Wednesday against recommending passage of a bill to regulate and tax marijuana like alcohol. A similar measure fell short by just one vote this week at a legislative council meeting in Maine, effectively killing the bill.

The failure of the two measures underscores how important it is for recreational businesses in Colorado and Washington to put the best face possible on the industry by adhering to regulations, running reputable and professional operations, and entrenching themselves in their communities.

Many elected officials remain wary of cannabis legalization despite strong public support, and they’re waiting to see how the recreational marijuana experiment works in Colorado and Washington.

If those two states create a legitimate, well-regulated infrastructure – and respectable businesses crop up – politicians in other states will become more comfortable with the idea of legalizing cannabis.

Until then, passing recreational cannabis laws via state legislatures will remain exceedingly difficult.

In addition to resistance from public officials, legalization measures introduced in state legislatures sometimes face opposition from existing medical marijuana operations that are fearful of what it means for their businesses. In Maine, for instance, a state representative said the legalization measure fell short because of pressure from “corporate and profit-driven” interests tied to local MMJ dispensaries.

For now, the industry’s best hope of expansion on the adult-use side will come via the ballot box. The Marijuana Policy Project, which is involved in many state-level marijuana initiatives, expects that at least five states – Alaska, Arizona, California, Maine, Nevada and Oregon – will have legalization and regulation measures on the ballot by the end of 2016.

Even then, it will be important for the first generation of adult-use businesses to operate in a legal and respectable fashion. While public support for marijuana is strong throughout the country, voters will eye the recreational cannabis industry in Colorado and Washington closely before weighing in.

In other developments this week, the group behind a proposal to legalize medical marijuana in Florida announced that it has collected 200,000 signatures so far. Impressive, but still a long way from the target.

Organizers need to collect another 700,000 valid signatures by Feb. 1 to get the measure on the 2014 ballot. Given that many signatures are typically thrown out during the validation process, they’ll have to collect tens of thousands (perhaps more than 100,000) extra as a buffer.

And they face other hurdles as well. A conservative advocacy group announced this week that it is preparing to fight the measure, and the state’s attorney general has challenged the proposal before the Florida Supreme Court.

A lot is at stake: Legalization would open up a huge new market for cannabis businesses, especially considering Florida’s population (19.3 million, the fourth-largest state in the country) and the abundance of seniors who might qualify for medical marijuana recommendations. That makes it one of the most promising new markets in the nation.

Lawsuit Could Open Door to Extracts, Edibles Sales in AZ 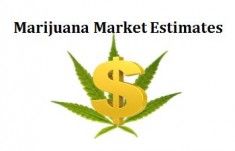