An Oregon city forces hopeful medical marijuana entrepreneurs to wait until the state hammers out rec rules, a second licensing lawsuit crops up in Illinois, and a report offers encouragement – and caution – for public cannabis companies.

Here’s a closer look at several notable developments in the cannabis industry over the past week.

Some MMJ entrepreneurs in states that legalize recreational cannabis may find themselves in a holding pattern while policymakers craft rules for the adult-use market.

That’s certainly the case in North Bend, Oregon, where the city council voted overwhelmingly this week to put MMJ business applications on the back burner.

Officials want to wait and see what the state comes out with as far as recreational rules, and then decide how local medical cannabis businesses fit within that structure.

“We need to know what provisions we can make as a city,” Mayor Rick Wetherell told a local news outlet.

ADVERTISEMENT
Fair enough. But it’s probably also aggravating – and somewhat unfair – to entrepreneurs who put a lot of time and effort into setting up a MMJ company, only to be told they need to wait several months more for the state to decide what it’ll do about rec rules.

This could play out in other cities across Oregon – and perhaps in other states with existing medical cannabis industries that legalize rec down the road.

A similar situation is occurring in Washington State, where the MMJ industry is operating in limbo while the state decides exactly what course to take with medical cannabis businesses, which are currently unregulated.

Marijuana regulations are still vastly uncharted territory for most public officials – and when politicians are uncertain about what move to make, they generally wind up taking their time.

The only thing businesses can do is wait.

One Step Forward, One Step Back

But two lawsuits – one of which was filed this week – are threatening to delay implementation of the state’s MMJ law.

The pair of lawsuits were both filed by MMJ business applicants that didn’t receive any of the 70 permits awarded for cultivators and dispensaries.

This could be just the start of legal activity.

“I can foresee a number of legal challenges that may be coming down the pike,” said Chicago attorney Brian Rosenblatt, who works with cannabis companies in Illinois. “Apparently, some of these winners don’t even have the properties they were supposed to have, and yet they were still awarded licenses…that really raises a lot of questions as to how decisions were made.”

One of the problems is that the decisionmaking process for licenses was discretionary, Rosenblatt said. That can present real difficulties for such lawsuits to stand up in court. If a judge decides to order the state to revisit which companies received licenses and why, it could potentially restart the clock and delay Illinois’ MMJ program by months.

A new report released this week contained both optimism and a word of warning for publicly traded cannabis companies.

Though MJ stocks as a whole rose last year and the overall outlook for 2015 is bright, serious investors are going to get increasingly picky about the publicly traded companies they choose to back, said Scott Greiper, the president of Viridian Capital and Research, which authored the report.

One of the biggest challenges for publicly traded cannabis firms and the industry as a whole, outside of the federal illegality issues, is that “you have the core fundamental lack of operating and executive experience in this industry,” said Greiper, a seasoned Wall Street analyst.

“The general lack of professional seasoned operators, managers and executives is unique to this space. I’ve not seen it before,” he said.

That lack of business acumen will likely become a significant pitfall for marijuana companies in search of institutional investors, Greiper added.

Institutional investors, after all, look for businesses led by management teams that inspire trust.

“You always bet on the jockey. At least, we do,” Greiper said. “The fact that this is becoming more of a mainstream industry that is now requiring more experienced, seasoned operators, separate and distinct from the guys who have been doing this on their own for the past 10 or 20 years.”

That knowledge in turn will probably give rise to marijuana companies – especially those that want to go public – hiring more business talent from outside the traditional cannabis sphere. In other words, more executives with MBAs as opposed to activists with resumes brimming with years of work on legalization campaigns.

Greiper said smart marijuana companies will be on the lookout for employees who can put together balance sheets, budget forecasts, and more traditional operating requirements to satisfy investors.

“That level of oversight is good for the industry, but it’s going to cause some disruptions,” Greiper said. 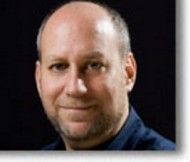