A trio of marijuana-related companies announced significant fundraising milestones, a series of strict new edibles regulations in Colorado could be costly to manufacturers, and Ohio will host the newest state legalization campaign fight this fall.

Show Me The Money

Not one, not two, but three cannabis-related companies announced this past week that they all hit significant goals in fundraising capital from investors.

The largest by far was Illumitex, a Texas-based farming lighting company that services the traditional agricultural industry as well as marijuana cultivators. The company finished off a $16 million round of funding recently.

The second biggest was California edibles producer Auntie Dolores, which revealed it had raised $1.25 million to help fund expansion plans throughout the state and into other states as well.

The third was Arizona real estate company Scientific Botanical Leasing, which successfully raised $800,000 to help pay for renovations on several marijuana company facilities around Phoenix. The company is also immediately starting a second round of fundraising open only to accredited investors.

All of this indicates that the cannabis industry is making strides, though not nearly fast enough to suit Alan Brochstein, the founder of 420 Investor.

“We’re moving in the right direction, but we have so much further to go,” Brochstein said. “It’s really sad in a way that we have to call out small capital raises like this. It highlights the extreme difficulty in raising capital… it remains difficult for people who want to invest in the industry to be able to find opportunities in which they’re confident, and even more difficult for companies that merit investment to find these investors.”

Brochstein said a more encouraging development he’s noticed in recent months is “an increasing number of investment professionals who are entering the space in order to invest on behalf of clients.”

That could do even more to help develop capital fundraising for marijuana-related companies than any other advances in cannabis financing, Brochstein suggested.

“I think this is going to be a major positive for the market: the development of private equity and venture type of funds that are looking at the space,” Brochstein said.

Either way, the fact of the matter is that more cannabis companies are landing significant capital from investors, which means more institutional investors are taking a serious look at the nascent marijuana industry.

Stop! In the Name of Rules

A series of new proposed regulations for Colorado edibles companies came to light this week, including a prohibition on edibles labels using the word ‘candy’ and a requirement that all such products be stamped with a stop sign symbol.

The proposals aren’t finalized; they still have to undergo a public hearing.

ADVERTISEMENT
But even if they change, the updated rules will probably mean another additional cost to doing business for edibles producers.

“These changes will once again affect our business models in very tangible ways. Depending on the outcome, that will determine how significant,” said Joe Hodas, chief market officer for Dixie Elixirs.

If the Colorado Marijuana Enforcement Division adopts the rules as suggested this past week, that would require all labels to have a stop sign insignia, and for it to be stamped on each physical serving of an edible. The new rules would also drastically change how manufacturers could produce and market THC-infused drinks, because companies would be required to a single serving, or only 10 milligrams of THC.

“If it was just a matter of having to buy new molds for my chocolate, that’s something I could absorb. If it means we have to completely retool how we package liquids, that’s different. That’s a real bottom line cost to me,” Hodas said. For example, most of Dixie’s infused drinks contain 90 milligrams of THC.

Hodas also said stamping edibles products, such as chocolates, isn’t necessarily as easy to accomplish as it is to require. For example, he said, Dixie ordered several custom molds from overseas months ago, but they’ve been held up in U.S. customs for two months because the molds include the acronym “THC.”

“The flip side is we have domestic mold manufacturers that don’t want to work with marijuana companies,” Hodas said. “That’s a road block.”

Regardless of the outcome, it looks as though the new rules will almost certainly be a headache for Colorado edibles makers.

Marijuana legalization’s next campaign fight will be hosted by the Midwestern bellwether state of Ohio, and what will happen is pretty much anybody’s guess.

ResponsibleOhio formally qualified for the ballot this past week, which means Ohio voters will decide in November if they want to legalize both medical and recreational cannabis with one initiative. But the campaign will likely be a fascinating one to watch, with multiple factors at play.

In ResponsibleOhio’s favor, they have an enormous war chest that probably now tops $40 million, with which they can pay for state-of-the-art advertising, TV spots, flyers, billboards, and so on. That’s far more than any other legalization campaign in the United States has had to work with.

They also have the backing of three Ohio chapters of the United Food and Commercial Workers Union, which could add even more clout to the campaign if the union decides to get directly involved with the push to legalize. The UFCW could contribute money, manpower, and likely even votes in some areas of the state.

Lining up against ResponsibleOhio, however, are plenty of other marijuana activists who are seething over how the campaign structured its initiative to create only 10 legal cultivators, and to give control of those grows to wealthy campaign donors.

That already spawned one competing campaign earlier this year that failed to gain enough traction to make the ballot, and it has at least one other organization promising that it’ll try to pass a different law next year that will supersede ResponsibleOhio’s amendment to the state constitution.

“If we get on the ballot next year and pass, it wipes ResponsibleOhio off the books,” Michael Revercomb, head of Ohioans to End Prohibition, told Marijuana Business Daily earlier this year.

Aside from not having the loyalty and support of the entire cannabis community, ResponsibleOhio will also likely have to overcome typically low voter turnout in off-off-year election cycles. Voters that generally cast ballots in such cycles are the elderly, and that’s the last demographic that the marijuana industry can expect support from.

Still, the campaign has tens of millions in resources, so it’s possible that Ohio could become the next state to legalize cannabis in just three short months. 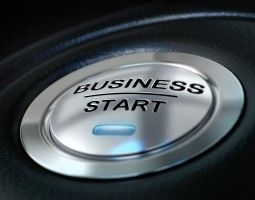