Over the past few months, Colorado has made significant progress drafting potential rules and regulations covering the budding recreational cannabis industry, an impressive feat considering the task at hand.

But officials have hit a bump on the road to regulation that could create headaches and delays going forward.

A day after the audit was released, lawmakers on a committee crafting recreational marijuana rules voiced strong concerns about whether the agency is suited to the task at hand, with one even saying it’s questionable that the MMED should even be given “one ounce more of regulatory responsibility,” according to The Denver Post.

The committee had planned to conclude most of its work last week but had to push back the date to finalize proposed cannabis regulations to April 8 because of the turmoil in the wake of the audit.

There’s a chance officials can move past this fairly quickly and stick to the new timeline, but fallout from the audit could turn into a huge pothole if the MMED fails to adequately address the concerns of lawmakers and detail how it will proceed differently in the future.

Also last week, Massachusetts released its long-awaited regulatory proposals for medical marijuana. The biggest surprise is that the draft rules do not include a residency requirement for dispensary owners, meaning anyone from around the country could apply.

That’s either good news or bad news depending on where you sit. If the state adopts the proposal, entrepreneurs in Massachusetts will likely face some stiff competition from outside groups and individuals that have experience with the application process in other states. That could put locals at a serious disadvantage.

On the other hand, it would give those outside groups and individuals – particularly successful dispensary owners elsewhere – the ability to expand their footprint, though the business opportunities would be limited because the plan also calls for dispensaries in Massachusetts to be nonprofit entities.

Either way, it’s possible that only those with sizable financial backing will be able to open a dispensary, as one proposal would make applicants put $500,000 into an escrow account. Although the proposals aren’t final and could be tweaked, the draft rules reflect the overall framework that the state will likely adopt.

Cannabis Legislative Roundup From Across the US 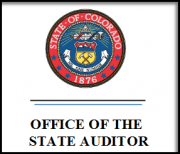