In the week after federal authorities moved against all 63 marijuana retailers in Santa Ana CA, politicians across the US struggled to define local MMJ regulations in the hopes of avoiding a similar fate.

On April 18, the feds treated Santa Ana dispensaries differently depending on their adherence to local laws. Three properties, already cited by Santa Ana for violating local laws, were hit with federal asset forfeiture lawsuits.  However, the remaining properties, which were in good standing with the city, only received federal letters of warning.

Local politicians in many states may see this as a sign that they should take a heavy-regulation approach to MMJ availability, under the premise that a well-controlled state market is less likely to attract the most draconian of the possible actions available to the DEA.

Maryland Secretary of Health and Mental Hygiene Dr. Joshua M. Sharfstein dubbed this regulatory tactic a “yellow light” approach to state marijuana laws. Maryland is one of several states following this path. Although the state legislature approved a medical marijuana measure earlier this month, patients will have to wait until late 2015 – at the earliest – for various committees and institutions to actually make MMJ available.

Likewise, the CT Regulations Review Committee rejected a key regulation last Tuesday which is necessary to launch the state’s MMJ industry. The reason for the rejection and resulting delay: to allow more time for study. Although the committee is scheduled to meet again on the issue this summer, dispensaries may not be able to open until 2014.

Although MMJ regulations are gathering steam in CA, state senate leader Darrell Steinberg went on record last week saying it could take until 2015 for the legislature to agree on new regulations. If they can happen quickly enough, improved CA regulations may have a huge effect outside that state’s borders. The state is frequently cited by regulators in other states as the poster child for ‘what to avoid’.

Illinois State Rep. Mike Tryon (R), a former naysayer who voted in favor of a medical cannabis law bill passed by the House earlier this month, explained that the bill’s stringent requirements had changed his mind. “I never would have voted for a bill that would have re-created what they have in California.”

The biggest takeaway from the fed actions and the various state responses: cannabis remains risky business. For all the opportunities and hopes that the federal government would moderate their approaches, there is clearly still an appetite at the national level to constrain the industry.

In the meantime, some states hit ‘red lights’ on marijuana-related issues last week.  Most famously, a CO court upheld employers’ right to fire staff for marijuana use, even if it occurred outside of working hours.  And, most infamously, the Florida House voted to ban bongs by an overwhelming marjority of 112 to 3. 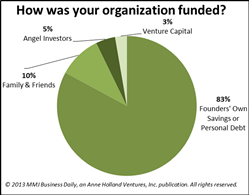 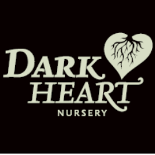