The names are not the ones you’d typically associate with medical marijuana: Alabama, Idaho, Florida and North Carolina, to list a few.

But these states – and 14 others – are among those that could join the U.S. medical cannabis community in the near future.

As we reported last week, lawmakers have introduced bills calling for the legalization of medical cannabis in 16 states, while two others could put the issue to voters in the fall.

For those living under a rock – or perhaps medicating a bit too much – 16 states plus the District of Columbia already have some form of medical marijuana laws on the books. Last year, pot industry expert Robert Kane predicted that half of all states in the country will have approved medical marijuana by 2016. At this rate, it could happen before then, though don’t expect more than a handful of new states to join the MMJ list this year, as there is still plenty of resistance.

One of our other top stories from last week was about how difficult it will be for lawmakers to tweak – or possibly even overhaul – Washington’s medical cannabis regulations. Leaders want to create a more streamlined set of rules, and they want to reach out to all sides in the debate.

But it’s an extremely tough task, given the split in Washington on the medical marijuana issue. A large portion of the population will be upset, no matter what happens. The good news is that lawmakers are at least trying to come up with a system that makes sense, rather than going all out to simply quash the industry altogether, as we’ve seen in other states (cough cough, Michigan, cough cough). 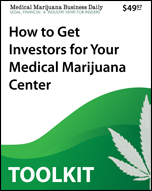