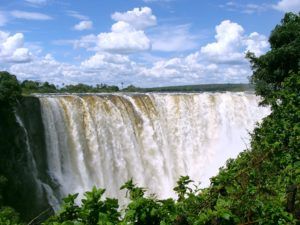 Zimbabwe legalized the cultivation of cannabis for medicinal and scientific purposes, making it only the second country in Africa to lay the groundwork for a medical marijuana industry.

Details of the country’s cannabis regulations were announced in the government gazette on Friday, according to Zimbabwe’s state-owned newspaper, The Herald. (The gazette prints official notices and laws from the government.)

Five-year renewable licenses would allow growers to possess, transport and sell cannabis oil and fresh and dried cannabis, according to Reuters, which reported to have viewed Zimbabwe’s regulations.

The regulatory change came via Statutory Instrument 62, which amended the Dangerous Drugs Act to include Production of Cannabis for Medicinal and Scientific Use Regulations, The Herald reported.

Production must be licensed by the Ministry of Health and Child Welfare.

Marijuana Policy Group was not involved in Zimbabwe’s regulatory changes.

Light noted that several considerations still need to be addressed, such as how exports will be organized and what sort of testing and import-export controls exist in Zimbabwe to ensure that cannabis is safe, free of pesticides and chemicals, and contains cannabinoid levels stated on the packages.

Lesotho, a landlocked nation in southern Africa, was the first African nation to legalize cultivation, and it is already on the cusp of opening major medical cannabis opportunities both domestically and internationally.