Josh Sodaitis and Nick Spagnola have already spent $50,000, lined up tens of thousands more in financing and worked 100-plus hours each in an effort to win a license for a dispensary and grow site in the tiny Massachusetts town of Whately.

But their money and hard work could go up in smoke instantly when Whately residents vote on a proposed MMJ business moratorium next week.

“If this passes it will be the nail in our coffin,” said Sodaitis, co-founder of J.M. Farm’s Patient Group, which is vying for one of the state’s 35 available dispensary/grow licenses and has made it to the second stage of the process. “It will basically make it impossible for us to win a license.”

Cannabis entrepreneurs across Massachusetts are in a similar situation, grappling with uncertainty as dozens of towns consider moves to temporarily prevent cannabis businesses from opening while the state moves forward with the application process for business licenses. In some cases, the possibility of a moratorium has materialized quickly and unexpectedly, making it difficult for entrepreneurs who have applied for cannabis business licenses in a particular location.

A similar scenario is playing out in other new MMJ states as well as in Colorado and Washington, where numerous towns are enacting moratoriums and bans on the new recreational marijuana industry.

The developments underscore the importance of having a Plan B when opening a medical or adult-use business in a new market. Entrepreneurs who cement plans for several different municipalities can lessen the blow if their favored town enacts a moratorium – and performing advance due diligence on another location gives them the flexibility to shift gears quickly.

Roughly 150 municipalities in Massachusetts have already enacted moratoriums ranging from several months to more than a year. That’s disrupted many business plans, but at least entrepreneurs in those areas can now target another city or determine if it’s worth waiting the moratorium out.

The bigger challenge is for license-seekers in towns that are still considering moratoriums or recently announced they are weighing such moves. Many entrepreneurs who made it to round two of the licensing process are in this situation and have had to delay key parts of their business plan, putting them at a disadvantage to competitors eyeing other towns in the same county.

The Whately Planning Board officially recommended a year-long moratorium on dispensaries and cultivation centers just last month – announcing the decision an hour before J.W. Farm’s Patient Group presented its plans at a Select Board meeting. That led to the town vote scheduled for Oct. 15.

Sodaitis and Spagnola began laying the groundwork for an MMJ business immediately after voters approved medical marijuana, partnering with a local potato farmer, lining up money, hiring lawyers and developing a business plan.

Now that a moratorium is in play, they have experienced setbacks in finding real estate and recently even had to cancel a scheduled viewing of a property they hoped to lease.

“We can’t lease a space yet because our investor does not want to put money up for a retail space if there’s the possibility of a moratorium,” Sodaitis said. “This has really put us in a bind business-wise. We’ve had to delay everything until after this vote. It is very nerve-wracking to have a moratorium hanging over your head and to know you’ve spent all this time, effort and money on something that could fall apart based on this single vote.”

They’re now considering a backup plan that calls for targeting another town in the same county, but that would require them to scramble to lay the groundwork in a whole new area in a very short amount of time.

While a moratorium is in essence only a temporary delay, it could be enough to knock many entrepreneurs out of the running. The state will award a limited number of licenses in each county, based on population and estimated demand. The county Whately is located in will likely only get two licenses, Sodaitis said. So having to wait a year will pretty much kill their chances, especially considering there are five other groups in the county that made it to phase two of the application process.

The state also has indicated that it will look more favorably on applicants who can get marijuana on the shelves within 120 days of receiving a business license – something J.W. Farm’s Patients Group cannot do under a year-long moratorium.

“Theoretically we could pursue it a year from now when the moratorium ends, but it would probably be close to impossible to get a license in this county at that time,” Sodaitis said.

At this point, Sodaitis and Spagnola are optimistic that residents will oppose a moratorium. The town voted overwhelmingly in favor (68%) of the state’s medical marijuana law in the November election, and the Select Board has come out in support of their plan.

But you never know.

“This is a small town with just 700 people,” Sodaitis said. “All it takes is to have people on the planning board get their friends to show up, and they’ll have enough support for a moratorium.” 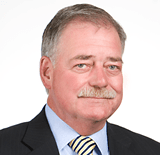