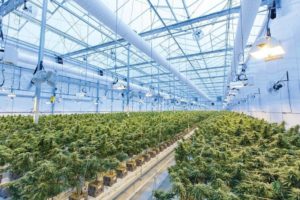 When it comes to cannabis cultivation, every grower believes he or she invented how to do it.

And for a long time, those hard-earned secrets were kept close to the vest.

But now, with more legal markets coming online in the U.S., expert cultivators are increasingly likely to share their expertise.

With that sharing of knowledge, they’ve also come to realize that growers have been holding on to superstitions and myths.

“There are countless ‘legacy’ practices used in the cannabis industry with absolutely no scientific justification,” said Travis Higginbotham, vice president of production for Harborside Farms, based in Salinas, California.

MJBizDaily spoke with a couple of cannabis cultivation experts about common myths they believe could use another look in the modern industry.

Here are their answers, in their own words:

There are countless examples of “traditional knowledge” ideas that have some benefits in terms of end-consumer satisfaction that are being practiced today but have nothing to do with the “bro-science” behind them. 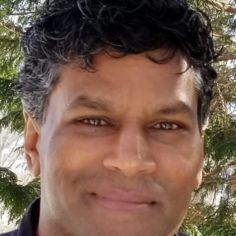 Arguably, you might inadvertently enhance the consumption experience, but not for the reasons of increased potency.

More likely, the whole-plant hang dry slows the drying process and water loss. It also reduces the loss of terpenes, giving an overall better aroma and flavor for the end-user.

MYTH 2: Blueberry compost will accentuate the blueberry flavor of their marijuana 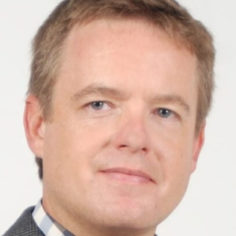 It won’t, and that’s a good thing!

If plants took on the flavor profile of the compost they are fertilized with, garden vegetables would taste like horse manure, kitchen scraps and everything else that makes it to the compost pile.

MYTH 3: Cannabis requires 20X more phosphorus than any other plant

That’s too much “P,” which will, in many cases, cause a reduction in quality and consumer satisfaction – namely, your joint won’t stay lit and the ash is gray or black.

Phosphorus is an essential nutrient, the basis for all energy production in plants and animals. It’s critical that it is in ample supply at time of floral initiation.

So, when you are flipping to the flowering stage, it’s important to have adequate phosphorus to drive the plant toward generative growth.

Credited with giving the plant denser buds, phosphorous excess is also the main reason why growers believe they need to flush their growing media weeks before harvest.

That plant leaves are green – therefore green photons (particles, or waves of light) are not important in photosynthesis – has been a dogma in cannabis lighting until recently.

The notion that green light is not required has been based, once again, on misinterpreted academic science, where blue and red light photons were shown to be used efficiently by chlorophyll molecules.

This was the foundation of the “blurple” LED, which made for lower yields, less-dense buds and harder-to-diagnose plants that were affected by pests, pathogens or nutritional disorders.

What we forgot is that there are many more pigments than just chlorophyll.

As full-spectrum light enters the canopy, much of the blue and red photons are captured at the top of the surface, while green photons penetrate deep into the canopy and are captured by other pigments.

At high light intensities, the importance of green photons cannot be underestimated, not only in their efficiency in light capture but also their ability to produce plant protectants to allow leaves to capture more red photons.

MYTH 5: Bigger is better when it comes to pot size

This belief only makes sense for organic growers. Microbes break down organic soil and free up minerals for the plant, so a larger pot means more available nutrition.

With hydroponics, plants are fed a water-soluble fertilizer that is immediately available for uptake, so they don’t need an extensive root system and can thrive in small pots.

The idea that plants will be healthier if grown in sterile conditions is bizarre but arguably the most practiced approach in the regulated cannabis space.

Most pathogens are present everywhere, and the notion that these pathogens won’t find a host because you are using a sterile media is farcical, largely because you have removed much of the plant’s immune system to respond to these foreign invaders.

Plants have coevolved with microbes for millions and millions of years, and many microbial species live their entire lives within the host plant (endophytes).

Any pathogens landing on a plant will trigger an immune response in a healthy plant to counteract the unwanted visitor. That immune response is heightened by having beneficial microbes in and around its roots.

NOT A MYTH: Allowing an extended dark period 24-48 hours before harvest

Many terpenes are volatile and evaporate in warm temperatures. As soon as the grow lights kick on, they begin to disappear.

Keeping plants in the dark until harvest time gives these delicate terpenes a chance to make it to the dry room.

These answers have been edited for length and clarity.