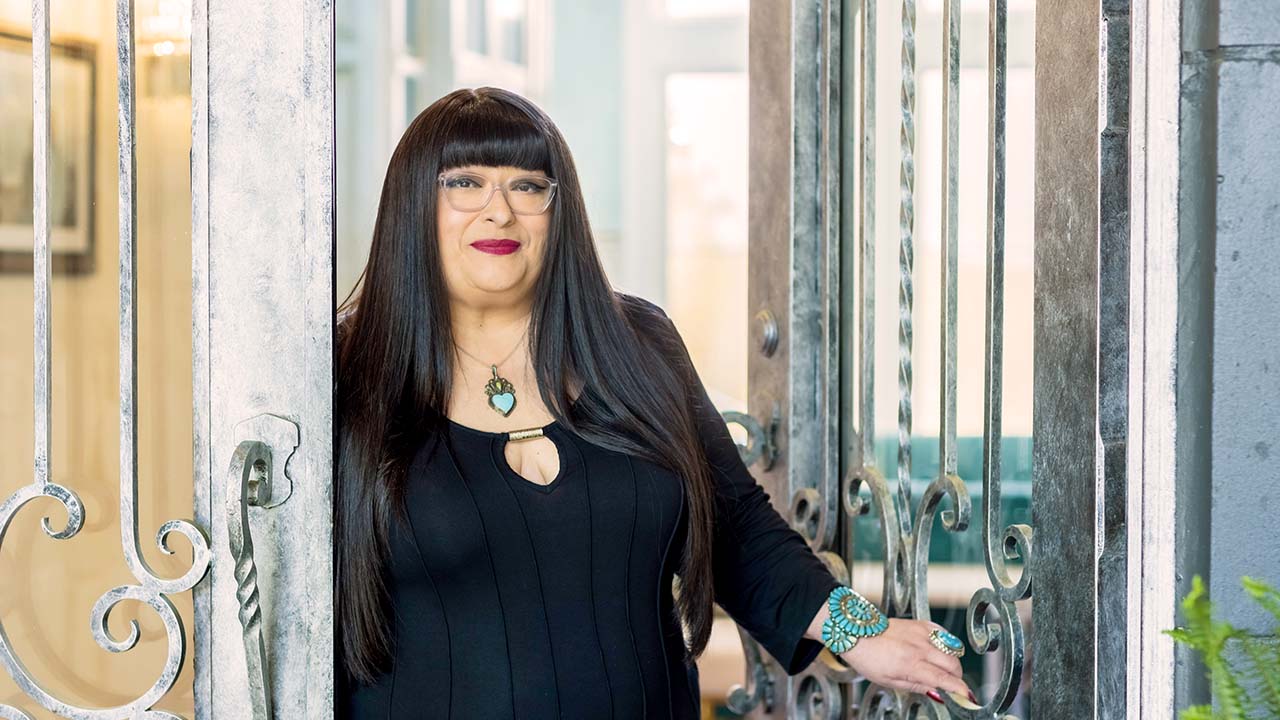 Christine De La Rosa, CEO of The People's Ecosystem, is dedicated to opening doors for people of color seeking to enter the cannabis industry. (Photo by Greg Doherty)

When they were young entrepreneurs still struggling to get their first businesses off the ground, Christine De La Rosa and Charleen Caabay, co-founders of The People’s Ecosystem, an Oakland, California-based cannabis company, vowed that when they could hire help, they’d recruit from the BIPOC (Black, Indigenous and people of color) and LGBTQ (lesbian, gay, bisexual, transgender and queer) communities.

Since then, the legacy-market veterans have opened restaurants, a gallery, a retail store and, most recently, The People’s Ecosystem (TPE).

The company buys wholesale cannabis from female and BIPOC cultivators, manufactures pre-rolls, edibles and other products under its own brands and creates white-label products for other companies.

In every case, the Latina and Filipina co-founders made good on their early promise. In fact, eight of TPE’s nine executives are people of color.

How did they do it?

“By not doing anything that most of the hiring companies would tell you to do. Because those are not built to look at the promise, the expectation and the beauty of women or people of color,” De La Rosa said.

This insight is important for an industry born out of a legalization movement that promised to right the wrongs of the war on drugs by creating work and business ownership opportunities for Black and brown people.

But given that white males still hold disproportionate numbers of C-suite positions in the cannabis industry, it’s clear that the promise of hiring more BIPOC candidates is far from being fulfilled.

Part of the problem is that, while more companies are waking up to the social and business benefits of hiring a diverse staff, few have changed their hiring approaches or the strategies they use to find diverse candidates, cannabis industry observers said.

“We keep ending up with the same person because we are using the same metrics that you would use in another type of industry to determine that ideal candidate. So we’re ending up with people that check boxes but aren’t necessarily … adaptable and flexible and creative in the way that is often needed to thrive in this industry,” said Amber Littlejohn, an attorney and executive director of the Minority Cannabis Business Association.

“This is such a nonconventional business, there’s a tendency to want to go super-conventional with our hires. But it’s not a good thing.”

“Eliminating bias begins with being conscious of your own unconscious biases: having training around them and understanding the perspectives of other people. It’s about being aware,” said Natasha Bowman, president of Performance ReNEW, a New York-based consulting firm focused on diversity, equity and inclusion (DEI).

“Before even the resume comes in, you need to make sure you are in check as an individual to say, ‘I’m aware of my biases.’ … So, I now can look at this (candidate) unbiased and to the best of my ability as a professional—both as an executive and as a hiring manager,” Austin said. Curaleaf hired BiasSync, a Los Angeles-based company that develops DEI and bias-eliminating training software and programs, to aid this effort.

De La Rosa agrees that companies aiming to increase the diversity of their staff should start with engaging a DEI advisory firm that can help determine where the company and its executives score on diversity hiring. She recommends Cannabis Doing Good, a Denver-based DEI consulting firm whose training begins with a self-guided self-assessment.

“You can’t just be like, ‘I want to hire people of color,’ and then put out a job description. You have to understand the culture of your own company,” De La Rosa said. “It’s not just hiring somebody who’s (a person) of color or a woman, it’s about understanding how they’re going to be part of your team and what you can do to make sure that they have the best experience.”

But that is a bogus excuse, Littlejohn said. The problem is that companies use evaluation criteria that, at best, fail to recognize the accomplishments and skills of people of color and women and, at worst, eliminate women and candidates of color from consideration.

Conventional criteria that are poor predictors of cannabis industry success but are nonetheless frequently used in evaluating candidates can include college attendance, university degrees, years of experience and job title, previous industries, size of companies worked in and political connections, Littlejohn said.

Unconventional criteria that are often good predictors of cannabis industry success but that are often eschewed include experience in the legacy market, startups, participation in community and social justice organizations and being a single parent.

“If you look at what women and people of color are doing on their own, with very few resources, that would indicate that folks need to figure out a way to align their hiring criteria and the criteria for different positions to encourage that,” Littlejohn said.

De La Rosa from The People’s Ecosystem said she built a diverse staff by valuing experience that other companies might not.

Consider Melanie Davis, chief operating officer at The People’s Ecosystem, who previously was a legacy-market grower in New Mexico and Oregon.

“These are folks that in traditional companies … wouldn’t be seen as making a successful transition into a C-suite or director position. But we did, because … they knew how to work with legacy markets and help them move forward into legal ones. They understood the barriers for entry, so they could help us figure out how not to have those barriers,” De La Rosa said. “A regular hiring company would ask, ‘Where did you go to school? What’s your degree in, etc.’ Those are great, but many qualified women and people of color don’t have those things.”

Be Intriguing and Proactive

If data shows that a company is not getting diverse applicants, then the leadership needs to figure out why, Bowman of Performance ReNEW said. Is the company not reaching out to diverse organizations? Is there something about the company’s reputation or its website that is repelling candidates of color?

“You’ve got to do some digging. Once you get those numbers to see what your applicant demographics look like, then determine from there, ‘Well, what’s our issue?’ If you increase the number of diverse people who are applying, that (hiring) number will get higher,” Bowman said.

Things that could turn off candidates of color and dissuade them from applying for jobs at your company include a website that doesn’t have people of color in the photos, leaders who all went to the same school or type of school and a failure to speak out on important issues.

Companies can also bolster their credibility by donating to philanthropic causes related to diversity, equity and inclusion.

While these measures can boost the diversity of an applicant pool, companies can’t just expect that a certain portion of resumes will be from candidates of color. Rather, it’s incumbent on companies to go out into the community—particularly communities of color—and to entities that could be sources to recruit qualified BIPOC candidates. These entities can include professional groups such as the Minority Cannabis Business Association, local chambers of commerce as well as Historically Black Colleges and Universities (HBCUs).

“Those career offices (at HBCUs) know what their alumni are doing, who’s looking for work, what kind of work, who can move, etc. They have a lot of information,” Bowman said.

For example, Curaleaf has partnerships with Alcorn State in Mississippi—an HBCU and Austin’s alma mater—as well as Southern University in Louisiana, both of which facilitate internships with the cannabis multistate operator.

In addition to being intentional about where and how you seek talent, there are tools and strategies that can reduce bias in the resume review and interview process.

One such tool is a “blind resume,” or a resume without any information that could give away an applicant’s gender, race or ethnicity. So there are no names, addresses or professional associations, for example, Bowman said.

Currently, the most common way to achieve a “blind resume” is manually, Bowman said, adding that recruiters can remove the identifying information from resumes or job applications before passing them on to the hiring manager.

It’s also possible to find reasonably priced software plug-ins that remove identifying information and are compatible with most applicant tracking systems (the software on websites or job boards that receive resumes), Bowman said.

It’s also critical to eliminate bias during the interview stage. One way to do that is to have diverse interviewers who can check each other’s biases, Bowman said.

For example, the phrase, “I don’t think this person is a good culture fit,” is often code for, “Something about this person makes me uncomfortable.”

“That’s really your bias checking in. So, it’s good to have other people who can be alert to that and check that bias, to really dig deeper in determining, ‘Is it your bias, or is this person really not a value-add?’” Bowman explained.

It’s also important to keep questions job-related. This is not just to eliminate inappropriate questions but also queries that could reveal something that the interviewer and interviewee have in common—they went to the same school or pursue the same leisure activities—and skew an interviewer’s judgment in favor of a candidate who might not be as qualified as others.

“Let’s say we went to the same college, so we start talking about our experiences at that college. And you (the interviewer) walk out with that good feeling like, ‘I’ve made this good connection,’ but you really haven’t asked questions that are job-related,” Bowman explained. “Ensuring that there are standard job questions that everyone is asking is important.”

After the interview, it’s wise to have a second group of people look at the feedback from interviewers to ensure there is no bias—whether it’s unfavorable or favorable—toward the candidate.

“It may take a while at first. … But once you start to build that diversity within the organization, it will start to happen organically,” Bowman said. 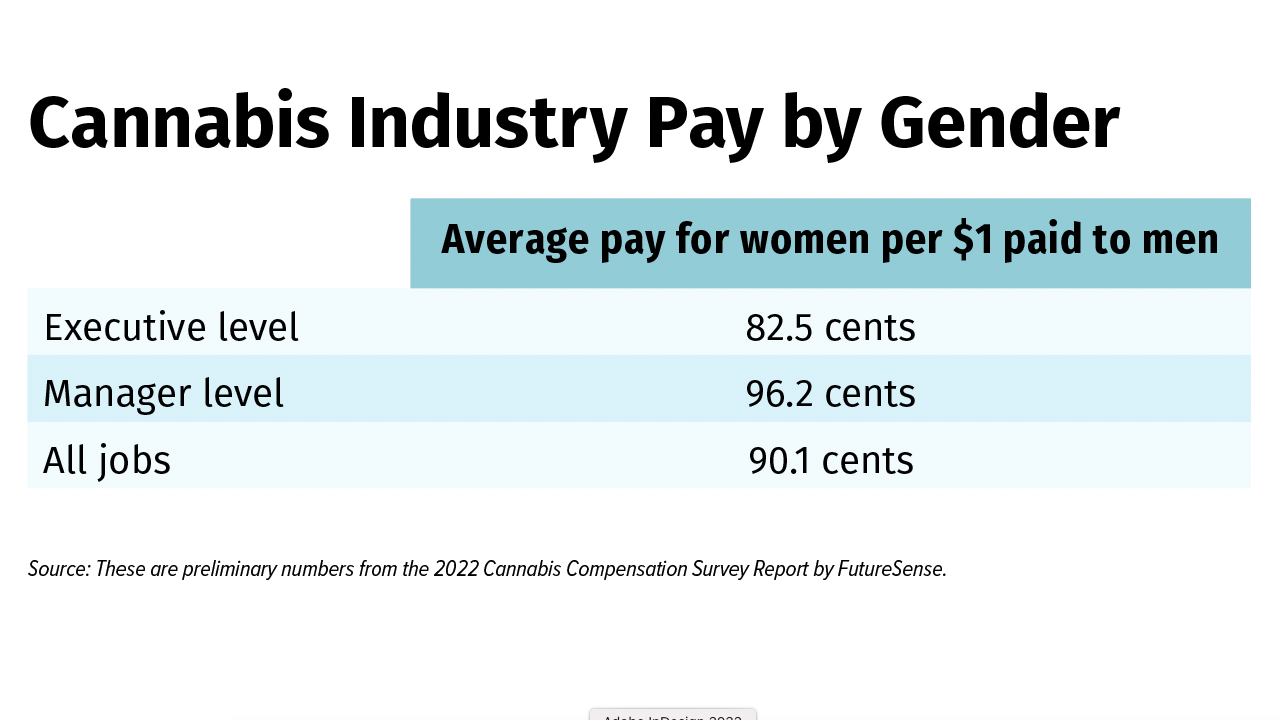