In an unprecedented move, Alaska’s marijuana control agency is revoking the license of a marijuana edibles manufacturer that was accused of selling moldy products.

The state’s Alcohol and Marijuana Control Office board voted unanimously to revoke the license of Fairbanks-based Frozen Budz and to fine the company $500,000, the Juneau Empire reported.

ADVERTISEMENT
Erika McConnell, director of the control office, said the company’s products will be seized from retailers across the state in the next couple of weeks.

The control office’s action followed an investigation that was backed by testimony from former company employees.

The office found that Frozen Budz violated multiple state regulations relating to testing, improper labeling, operating out of compliance, producing unapproved products and failing to track the source of its marijuana.

The company will have an opportunity to appeal the license revocation.

An administrative law judge will rule on the board’s action, and the judge’s decision will be brought back to the board for adoption, modification or rejection.

If Frozen Budz is unhappy with the board’s final decision, company owners can appeal to the Alaska Superior Court.

Online marijuana marketplace Tradiv to shut down at end of year 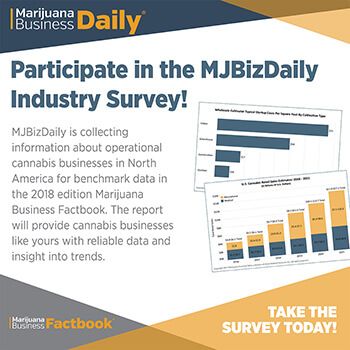