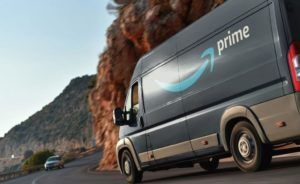 Online retail giant Amazon on Wednesday endorsed the U.S. House of Representatives’ federal marijuana reform bill and said it would no longer include cannabis in its drug screening process except for positions regulated by the U.S. Department of Transportation.

The social justice-focused measure would remove the plant from the federal Controlled Substances Act, expunge marijuana criminal records and invest in communities disadvantaged by the war on drugs.

“We hope that other employers will join us and that policymakers will act swiftly to pass this law,” Clark wrote.

He wrote that Amazon will also treat marijuana use the same as alcohol.

It’s unclear how much sway Amazon will have in the public-policy arena around marijuana legalization. But the company’s vocal position illustrates that it recognizes that public sentiment is firmly behind legalization.

According to the most recent Gallup public opinion poll, a record 68% of Americans support marijuana legalization, putting increasing pressure on federal lawmakers to pass reforms.

Amazon’s announcement also raises the question of whether the online retailer would sell marijuana if it becomes federally legal – a move that could have major implications for brick-and-mortar cannabis stores.

Change is coming to America. Amazon is a leader and we applaud their progressive common sense approach to cannabis.

Kassandra Frederique, executive director of the New York-based Drug Policy Alliance, in a statement characterized Amazon’s announcement as “a huge step forward” and urged other companies “to take note and follow suit.”

U.S. House Judiciary Chair Jerry Nadler on May 28 reintroduced the MORE Act amid hopes that Democratic control of Congress will result in the end of marijuana prohibition.

The House in the previous legislative cycle passed a similar version in December, but the Senate didn’t consider it. Democrats have since gained control of the upper chamber by the slimmest of margins.

Senate Majority Leader Chuck Schumer, a New York Democrat, is leading an effort in the Senate to reform federal marijuana policy and is expected to introduce a comprehensive bill soon.