The day after Arkansas voters approved legalized medical marijuana, the state’s Department of Health unveiled plans for how it will set up the necessary infrastructure to launch the new MMJ industry and regulate it once businesses are up and running.

The Department of Health said it will take several months to establish a regulatory system that ultimately will oversee labeling and testing, develop a conditions list, and monitor a library for dispensaries to verify how much cannabis is doled out to cardholders, television station KFSM reported.

The agency’s duties under the Medical Marijuana Act also will extend to rule-making, identification cards and cannabis tracking, among others.

Though Initiative 6 passed with the approval of 52% of Arkansas’ voters, it’s likely no medical marijuana will be dispensed until April 2017. The health department has 120 days to adopt the new law, according to KHBS TV.

Meanwhile, Arkansas Gov. Asa Hutchinson, an outspoken opponent of the medical cannabis initiative, has signaled he won’t stand in the way of the industry’s rollout. The former director of the federal Drug Enforcement Administration said he has asked state lawmakers to allocate $3 million for the industry’s launch, the Associated Press reported. 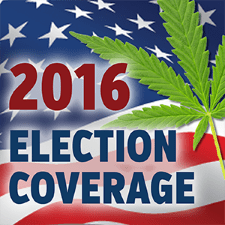 Election Updates: Live coverage of marijuana measures across the country