A former Arkansas attorney general and the chair of the medical board are part of a new group representing entities doing business in the state’s fledgling medical marijuana industry.

Ex-state AG Dustin McDaniel and Medical Board Chairman Dr. Steven Cathey are among the seven board members for the Arkansas Medical Marijuana Association announced Wednesday.

ADVERTISEMENT
The association’s acting executive director is David Couch, who headed the campaign for the medical marijuana measure last year.

The Arkansas Medical Marijuana Association said in a news release it would be the “leading voice” for cultivators, distributors and businesses serving the medical marijuana industry.

Voters in November approved medical marijuana for patients with certain medical conditions, and the state is accepting applications for cultivators and dispensaries until Sept. 18. 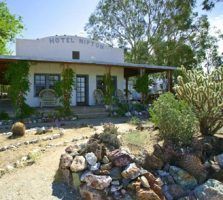