The threat adds to multiple problems the company is facing after the Canadian production license of subsidiary Agrima was suspended. Agrima’s license to deal in medical marijuana also was suspended, both in Canada and internationally.

ADVERTISEMENT
The potential suspension, revocation or nonrenewal of the Sweet Cannabis license surrounds claims the company hosted an illegal consumption event, made errors in inventory and recordkeeping and operates illegally because of the Canadian suspensions.

Sweet Cannabis officials will appear before a hearing Feb. 28 to contest the allegations.

The company said the consumption event took place Nov. 15, 2018, under the company’s former management team, which resigned a week later.

Ascent has until Feb. 20 to make any additional submissions to Health Canada on the license suspensions.

Ascent laid off more than a third of its staff since its compliance troubles began.

Former company executives are seeking to replace the current board, and director Mark Brown announced his resignation Feb. 15.

Ascent trades on the Canadian Securities Exchange under the ticker symbol ASNT. 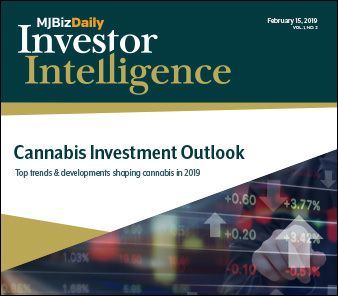