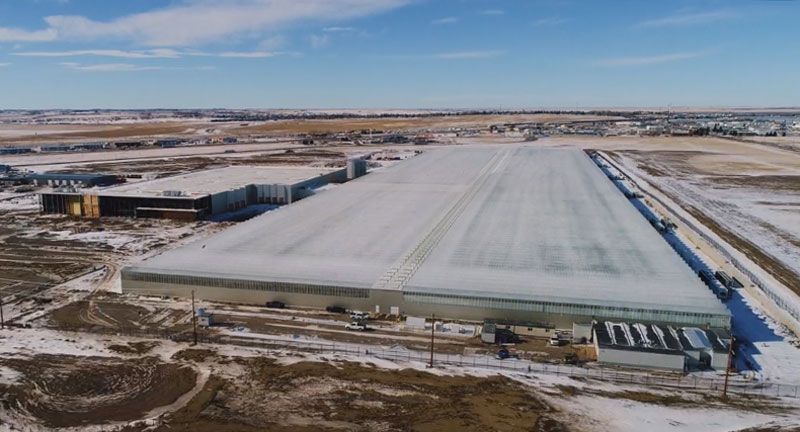 An image of an Aurora Cannabis property for sale. (Photo courtesy of listing agent)

Aurora Cannabis is looking to unload one of the largest and most expensive greenhouses ever built to grow marijuana, but any potential buyer could be on the hook for additional expenditures to get the project across the finish line.

The company hasn’t set a price but is instead entertaining offers.

However, millions of dollars in additional spending could be needed if a buyer completes the greenhouse for the original purpose – “as a state of the art medical-grade greenhouse facility” – and potentially less if it is finished for non-cannabis use.

The listing is the latest example of the broad retreat from mass-scale cannabis greenhouses in the past year by the largest Canadian producers, which wildly overspent on cultivation space from 2017 to 2019.

Many of those greenhouse projects, whether constructed or acquired via mergers and acquisitions, ultimately led to direct real estate losses totaling millions of dollars for Canadian licensed producers and inventory write-downs amounting to billions of dollars, Marijuana Business Daily has reported.

The address on a promotional brochure for the Alberta greenhouse matches the address used for the Aurora Sun structure.

Aurora, which effectively pulled the plug last year on the Aurora Sun greenhouse, is taking the property to market without an asking price “for price discovery,” MJBizDaily has learned. Such a move helps determine the price of an asset in a volatile market.

Aurora seems to be looking for a quick sale.

The “target closing” is listed as late second quarter to early third quarter of this year, according to the brochure.

The move comes almost a year after Aurora accepted an offer for its large greenhouse in Exeter, Ontario, for approximately half its CA$17 million listing price, and one-third of the original purchase price.

In an emailed statement to MJBizDaily, a spokesperson noted that Aurora “continuously and carefully reviews the company’s operations network to ensure it is fit for our business today and in the near term.”

“In response to the recent shifts in the industry and our strategic imperatives, the company announced it will pause operations at Aurora Sun in Medicine Hat, Alberta, indefinitely,” the statement continued.

“We are actively marketing the facility for alternative use. No further details are available at this time as this process is in its early stage.”

Listed for sale is a 1.4 million-square-foot main building, plus a support building measuring 285,000 square feet.

The structures sit on 72 acres.

According to the brochure, the vendor – in this case, Aurora – “is open to a broad range of potential transaction structures and forms of consideration in order to maximize value.”

“This would include but is not limited to an outright sale of one or both buildings for cash or other forms of consideration; the sale of a partial interest to a partner; or a lease of the complex.”

The greenhouse in Medicine Hat remains unfinished despite the significant amount of capital already poured into the project.

“There will be some additional capital spend required to complete the facility, but that amount will be dictated by the purchasers intended use,” Colliers Managing Director Matt Rachiele told MJBizDaily via email.

“We received very preliminary guidance from an engineer that it could cost well less than 10% of expenditures to date to complete the facility overall for certain non-cannabis uses, but it would be more than that to complete for its originally intended purpose.”

Six of the main building’s 37 bays have been completed, and six more are partially complete, Rachiele said.

“Although originally intended to be completed as a state of the art medical-grade greenhouse facility, the building and associated equipment could be readily utilized for a much broader range of potential uses,” according to the promotional document. 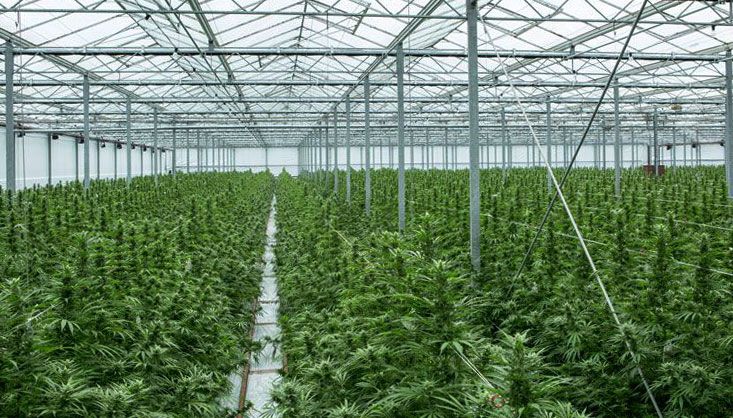