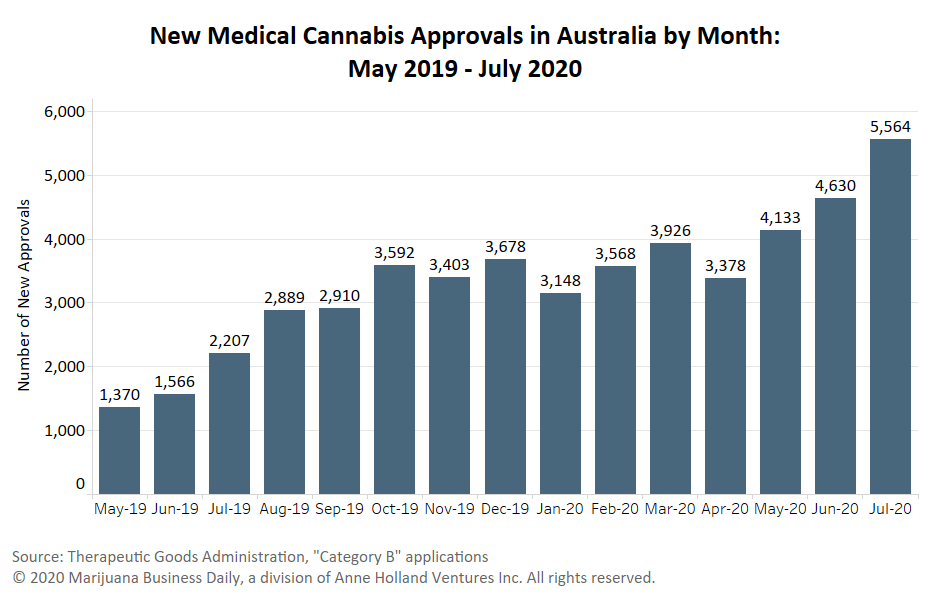 ADVERTISEMENT
Australia has one of the biggest federally regulated medical marijuana markets outside North America, but it’s still considered nascent.

The country saw about 30,000 medical cannabis approvals for patients last year, and health authorities see that number doubling to at least 70,000 in 2020.

“Even if there were no increase to the current rates of prescribing, by the end of 2020, about 70,000 prescriptions are anticipated to have been written in Australia,” according to a submission by the Department of Health to a Senate committee that studied medical cannabis access earlier this year.

Until domestic producers are capable of meeting demand on their own, Australia is largely relying on imports in recent years.

Australia was the top destination for Canadian exports of cannabis oil products in 2019.

Roughly 3,700 liters (977 gallons) of cannabis oil were shipped to Australia last year for medical and scientific use, according to Canadian health records, along with 204 kilograms (450 pounds) of dried cannabis. 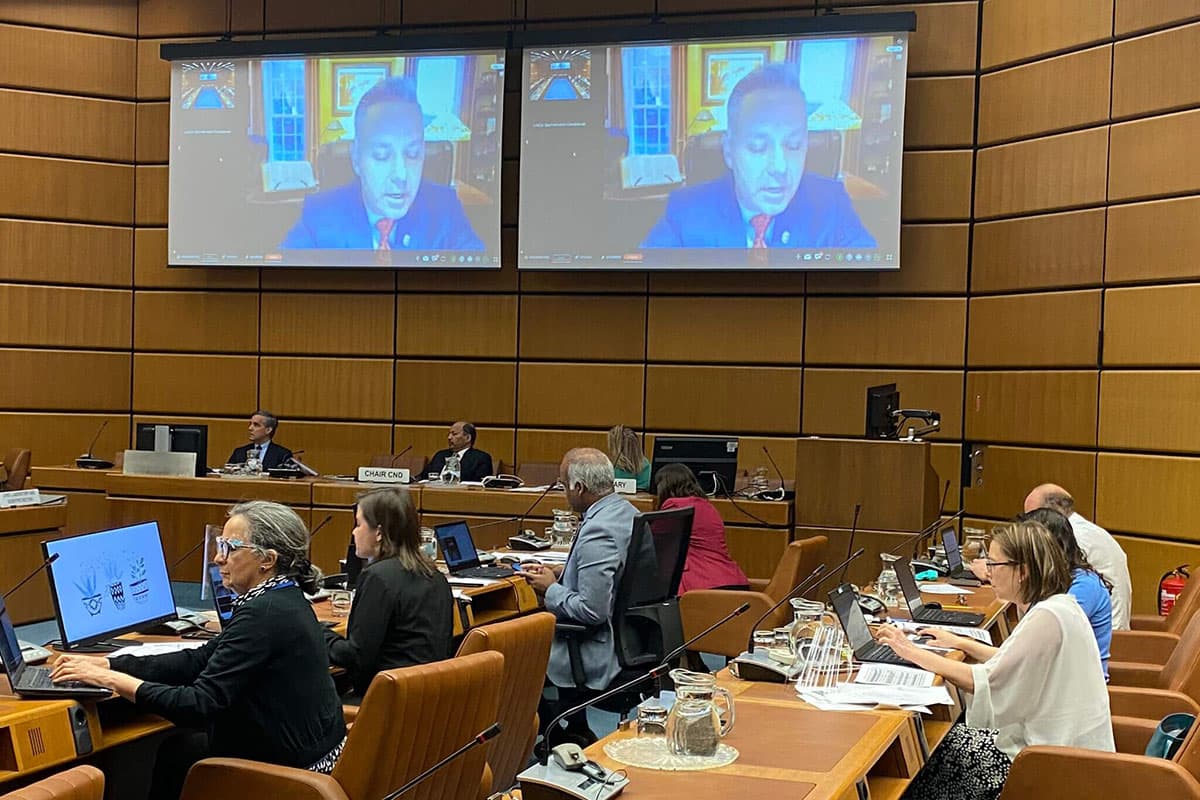