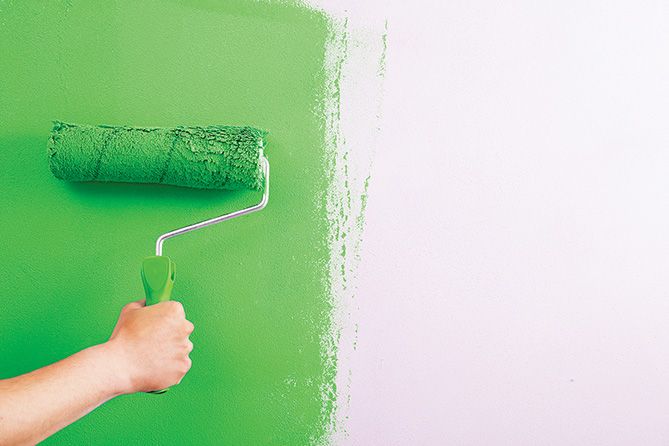 Cannabis companies across the country are discovering it’s not easy being green. But in an era that sees consumers increasingly demanding sustainability, the industry is trying to figure out ways to minimize its impact on the environment.

Whether they’re growing marijuana or making edibles, cannabis growers and manufacturers face a variety of challenges in keeping their environmental footprints as small as possible. Growing cannabis affects air quality, uses a lot of energy and water and produces waste.

In response, cannabis companies are scrambling to show they are green. But there’s a rub. Many companies are believed to make sustainability claims that aren’t necessarily accurate. The practice, known as greenwashing, muddies the waters for consumers who are trying to choose products produced in an environmentally friendly manner.

“In a normal, functioning market, the pathway to go green is more apparent than in the cannabis industry,” said Derek Smith, co-founder and executive director of Portland, Oregon-based Resource Innovation Institute (RII), a nonprofit research organization that quantifies the natural resource impacts of regulated cannabis. “Typically, a producer or a brand that wants to make a claim that they’re green makes those claims based on data or best practices or standards—all of which are largely missing in the cannabis industry.”

Kaitlin Urso, an environmental consultant for small businesses for the Colorado Department of Public Health and Environment, breaks sustainability in cannabis into four categories: energy use, water use, air quality and waste.

When it comes to energy, she said, not only is conservation environmentally responsible, it’s also the factor most closely tied to a cannabis company’s profit margins.

So how does greenwashing work? And how can a company’s green claims ring true?

A grower, for example, would be greenwashing if it claims to cultivate with LED lighting when it really uses such lighting only for clones or the vegetative phase—not the entire growth cycle.

To curb power consumption, Urso suggests tracking energy use before investing in new technology. And after determining how much electricity it’s using, a company should schedule its equipment to run outside peak demand times.

“Industrial gets variable rates based on time of use and intensity, depending on when the grid is at capacity,” Urso said. “Varying equipment scheduling and scheduling around peak demand can have an environmental impact.”

She also suggests optimizing lighting and HVAC (heating, ventilation and air conditioning) as well as using rolling benches and vertical farming for better use of space. And Urso recommends using fans to better control the climate without resorting to energy-intensive industrial air conditioners.

To reduce water usage, Urso recommends investing in an automated irrigation system that eliminates overwatering and provides precise nutrient dosing. Overwatering also adds humidity to the air, which forces the HVAC system to work harder to eliminate it. And humidity makes plants susceptible to mold and disease.

An example of greenwashing would be if a company claims it uses water that’s processed through a reverse-osmosis filtration system when half of that filtered water is returned to wastewater because of the brine it creates. In most places, using regular drinking water, which already has been processed, is sufficient for cannabis plants to thrive, Urso said.

Growing cannabis also has a significant impact on air quality. Volatile organic compounds (VOCs) from cultivation and extraction contribute to ozone formation, which is toxic to breathe.

Measures that can be taken at cultivation facilities include sealing the grow space and controlling air flow through carbon filters, venting greenhouses at night, maintaining temperature and humidity to reduce odors and using plant-based cleaning products instead of those that are alcohol-based.

To reduce air pollution from extraction facilities, inspect and maintain all storage devices and equipment to prevent leaks, never dispose of a solvent through direct evaporation or spillage and maintain an inventory of all solvents and calculate annual air emissions. Additionally, implement a robust employee-training program for safety and air-pollution prevention. Any time a solvent such as propane, butane or ethanol, which are 99% VOCs, is exposed to the open air, it rapidly evaporates.

“Understanding how to properly use equipment to maximize solvent recovery and minimize leaks is important,” Urso said.

For example, extraction facilities should hold training sessions and implement standard operating procedures that prevent employees from short-cycling the process (not waiting for the solvent-recovery process to complete before unloading the machine and reloading the next round).

Examples of greenwashing include using odor-masking agents that emit stronger-smelling VOCs that overwhelm olfactory senses instead of a carbon-filtration system that actually captures VOCs and reduces emissions. Staff also should be instructed to never vent an almost-spent solvent tank just to empty it.

“Don’t use misters that emit a stronger-smelling VOC like pine,” Urso said. “You may be covering the smell of marijuana, but you’re doubling your VOC emission.”

In Colorado, plants and products must be “unusable and unrecognizable” before they’re disposed of, according to state law. Marijuana waste must be ground and mixed with at least 50% of non-marijuana waste. It can then be disposed of at a solid waste site, a compost facility or composted at the cultivation facility. Recycling the fiber—or stalks and stems, which are exempt from the 50/50 rule—improves sustainability.

“I’d like to see fiber recovery be more mainstream,” Urso said. “But there’s not a good secondary market for these fibers.”

Amy Andrle, co-owner of the Denver-based marijuana grower and retailer L’Eagle, said managing waste sustainably is low-hanging fruit. Finding items that can be recycled or composted is an easy way to make a big impact. L’Eagle has worked with the city of Denver to establish a composting program at its facility, where it composts soils, root balls and plant waste so the company sends less material to the landfill.

The Value of Green Certification

“Any form of independent verification helps a consumer assess the intent of a brand,” Smith said.

There are several organizations that certify cannabis companies for sustainability, including Sun + Earth Certified, Envirocann and The Cannabis Conservancy.

With offices in the United States and Canada, The Cannabis Conservancy offers Simply Certified, an internationally recognized sustainability certification program, for growers who adhere to good agricultural practices, farm cannabis free of harmful chemicals, use waste-reduction methods, are energy efficient and conserve water. By the end of the year, the Denver-based organization expects to have about 50 farms certified.

“Cannabis is still in the beginning stages of the regulated marketplace where sustainable agricultural practices should be adopted rather than retroactively implemented,” said Jacob Policzer, co-founder and director of science and strategy for The Cannabis Conservancy. “Cannabis can use its higher margins to bring environmental stewardship to the forefront. We use the plant to heal ourselves, so there’s no reason why we should be growing in a method that doesn’t heal the planet.”

Educating consumers about best practices in growing cannabis will help to combat greenwashing, because growing sustainably and organically have a lot of benefits, Policzer said. It’s also important for cannabis companies to periodically reevaluate how they’re doing things to ensure they are using resources efficiently.

“Sustainability is not a destination, it’s a journey, so you should be progressively improving your processes,” Policzer said.