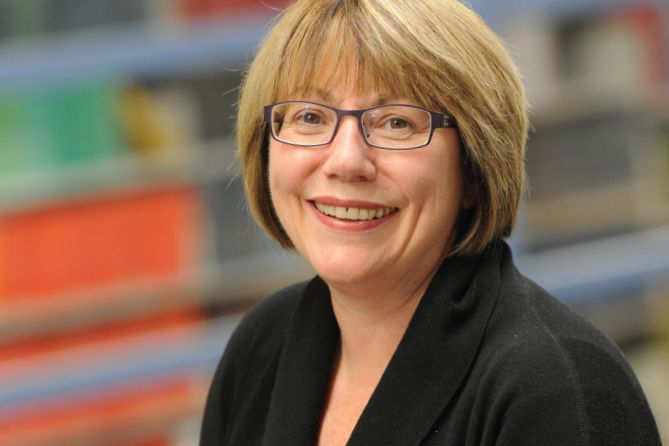 Anne McLellan is the ultimate insider when it comes to legalizing recreational marijuana in Canada.

The former deputy prime minister served as chair of the Task Force on Cannabis Legalization and Regulation, which completed a key report in late 2016 that advised the federal government on how to design a new legal framework for adult-use cannabis.

The regulations adopted by the government will be the backbone of the marijuana industry as Canada becomes the first Group of Seven country to legalize adult-use cannabis.

“This is a bold, new experiment for Canada. This is transformational,” McLellan told Marijuana Business Magazine. “None of us were alive the last time society moved a heretofore prohibited illegal substance, alcohol, into a legal market and saw that legal market normalize and develop – with both good and bad aspects.”

McLellan, who will be the keynote speaker Aug. 15 at the MJBizConINT’L conference in Toronto, shared her insights on the market developing in Canada and overseas.

Do you think there will be adequate cannabis supplies to meet both medical and recreational demand when the doors open on Day One of Canada’s adult-use market?

Out of the box, on Day One, the market is going to have to normalize, and you’re going to have to build a market with a heretofore illegal substance. There may be shortages of certain strains. Maybe there’s demand for a particular LP’s (licensed producer’s)strain. There might be a shortage of that product. There may be a general shortage in the first few months. All the LPs are ramping up. More are being licensed by the federal government.

If all the licensed producers actually produced what they say they’re going to produce, we would probably have too much product.

But early on, there could be shortages, particularly for certain strains. That shouldn’t surprise anyone, because this is a brand-new market.

What do you think will be the impact on Canada’s black market from the launch of legalization? Will it vary by province?

In Ontario, you’re going to have a small number of stores out of the box, at least under the government’s current proposal. There could be market movements where one province is better at stripping out the black market – not that anybody believes that you get the black market entirely.

In cities and provinces where retail is readily accessible, with quality-assured product, it’s more likely that the black market and criminal organizations will find it harder to continue their illegality. If one province or a number of provinces are good at dealing with forms of illegality, organized crime will just move to another province.

That’s why we encouraged the provinces to collaborate closely, consult and try as much as possible to have the same approach to cannabis distribution and retail. Having said that, we always knew there would be regional variations.

Can you paint a picture of the legal cannabis industry in Canada in 2025?

If things all go the way I would like, we will create a legal market where:

I also hope that in 10 years we will have done sufficient clinical research so that:

Do you think a small number of major companies will end up dominating the market down the road, similar to what we see in the alcohol industry?

We heard about that on the task force. That’s why the task force talks about leaving room for what we call “craft,” or small, cultivators, which is why you see micro-cultivation and micro-processing regulations.

There are a lot of craft breweries out there that are owned by people who love beer, love producing beer, and I think you will continue to see the same thing in cannabis.

How do you see global medical cannabis trends playing out, and where do Canada’s businesses fit in?

Some companies are already providing product in countries like Australia, Germany and New Zealand.

Canadian companies with experience are going to look for opportunities. Other companies will either produce product in Canada to be shipped to markets around the world or – as in the case of Canopy (Growth) and others – they will build facilities closer to the market.

I think that’s smart. They will provide product to a small medicinal market originally. And then they will hope, as in Canada, over a period of time those countries will start to move to legalization of recreational use. They will be on the ground and have the benefit of being a first-mover.

It’s a big risk for most countries to go from medicinal to legalization of recreational use. But do I think it will happen over time? Yes, I do.