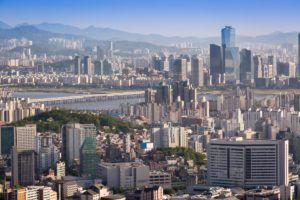 (This article has been updated to include additional details from the Korean Ministry of Food and Drug Safety.)

South Korea is looking to become the first country in East Asia to legalize medical cannabis, marking a significant milestone in the global industry and a potential turning point in how the drug is perceived in traditionally conservative societies.

The country’s National Assembly approved the Amendment to the Narcotics Control Act on Nov. 23 to allow for medical marijuana.

Now the Ministry of Food and Drug Safety (MFDS) will need to establish specific regulations on what exactly will be allowed and the procedure patients must follow to qualify.

Medical cannabis products will be tightly restricted, but the law’s approval in the Legislature is seen as a breakthrough in a country many believed would be last – not among the first in Asia – to approve any use of cannabis.

Before the bill becomes law, it requires deliberation in the State Council – the country’s cabinet – and the signature of the president.

More details about the framework will be released in the coming days, a spokesman for the MFDS said.

The import of certain medical cannabis products could begin in the first half of 2019 – though that has not been finalized, he said.

The ministry will start by homing in on THC- and CBD-based medications that already have approval from health agencies in certain countries, including Western Europe and the United States.

The ministry noted that the amended law passed in the National Assembly session will expand the treatment opportunities for patients with rare diseases.

Imports would be facilitated through the Korea Orphan Drug Center – a government body established to facilitate patient access to rare medicines in the country – to treat conditions including epilepsy if there is no substitute medicine available in Korea, according to the statement.

South Korea’s cannabis law overcame a major obstacle in July when it won the support of the MFDS, which said at the time it would permit Epidiolex, Marinol, Cesamet and Sativex for conditions including epilepsy, symptoms of HIV/AIDS and cancer-related treatments.

Rev. Sungseok Kang, with the Organization of Legalizing Medical Cannabis, said Korea’s move to allow medical marijuana is “a big step,” but much detail needs to be sorted out regarding the regulations and little has been released beyond what is stated in the revision bill.

The organization recently launched the Korea Cannabinoid Association to appeal to the drug ministry as the regulations are being developed.

A number of other countries had been vying to join Israel as the first countries in Asia to allow medical cannabis, including Thailand and Malaysia.

“The importance of Korea being the first country in East Asia to allow medical cannabis at a federal level should not be understated.

“Now it’s a matter of when other Asian countries follow South Korea, not if.”