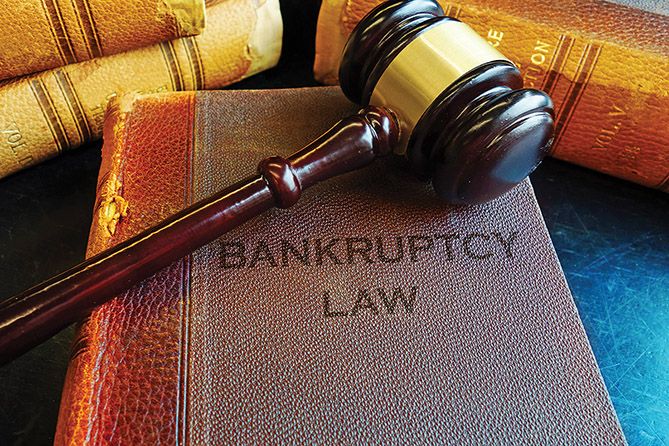 Marijuana companies have been relatively fortunate during the COVID-19 pandemic, with many deemed essential businesses able to keep their doors open. But with the nation’s economy facing a major downturn, some marijuana companies will probably have to restructure their operations after landing in financial hot water.

Their options will be more limited than mainstream companies—but they will have options.

Because Chapter 11 federal bankruptcy protection is unavailable to many cannabis-related businesses, owners and managers might have questions about how to legally restructure their operations. Here are answers to frequently asked questions.

Regardless of state law, marijuana remains federally illegal under the Controlled Substances Act. The federal prohibition extends to possession and other activities such as manufacturing or distribution.

Bankruptcy courts are federal and will, of course, enforce federal law. As one bankruptcy judge stated, “A federal court cannot be asked to enforce the protections of the Bankruptcy Code in aid of a debtor whose activities constitute a continuing federal crime.”

Would my company be considered a marijuana business barred from bankruptcy?

That depends mainly on whether your company falls within a federally prohibited category and the importance of the prohibited activity to the business. Case precedents are developing, and the view of courts might vary to some extent.

Businesses that “touch the plant,” such as growers, processors, distributors and retailers, likely will be barred from federal bankruptcy relief. Other potentially disqualifying activities include:

Is bankruptcy available to my hemp/CBD/non-THC cannabinoid company?

Yes, probably. Under the 2018 Farm Bill, legal hemp and CBD are no longer prohibited by the Controlled Substances Act.

Federal bankruptcy is probably not an option for me. So what are the alternatives?

Chapter 11, while powerful, is not the only available tool short of shutdown and foreclosure. State laws and courts provide for receivership or assignment for the benefit of creditors. And a business and its creditors can always restructure out of court if they can agree on the terms.

What is a receivership, and how might it help my marijuana business?

A state court-appointed receiver is a neutral party charged by the court to prudently administer the assets and liabilities of the business in question. Receivers are generally fiduciaries for the benefit of all constituents, not just the party seeking the receiver’s appointment.

A receivership might stop pending foreclosures or litigation for a period of time or redirect those disputes into the receivership court.

A receiver might be able to maintain operations and sell the business as a whole, or as a going concern, with the sale blessed by an order of the receivership court. This often results in a far better sale than simply shutting down and going through foreclosure.

What is an “assignment for the benefit of creditors (ABC)?”

The assignee is empowered to sell or liquidate the assets in any commercially reasonable manner. Practice for an
ABC varies by state. California, in particular, has a well-developed ABC statute that works much like quasi-state-administered bankruptcy.

What is the difference between a receivership and an ABC?

Both processes typically lead to a sale of the business’ assets. An ABC can have little court involvement and, thus, can be simpler and less expensive. In addition, the identity of the assignee is typically selected by the secured lenders with consent from the company.

A receiver is appointed by the court, often but not always a person suggested by the parties. A receiver is often in a better position to operate the business pending a sale. A receivership is typically better suited when there is litigation for the receiver to manage or other complexity requiring court involvement.

Can I try to restructure my debt and keep the business without Chapter 11?

ABCs and receiverships typically end with sales, but nothing stops a business from seeking an out-of-court restructuring outside the Chapter 11 process. In fact, many non-cannabis businesses restructure without Chapter 11.

A business unable to use Chapter 11 does lose powerful tools, including the ability to keep control as a “debtor in possession” while it tries to negotiate a plan. Unavailability of Chapter 11’s “cramdown” power, which can force changes to secured and unsecured debt—such as extension of maturity or reduction in amount—might affect negotiating dynamics.

But parties might recognize that the business is worth more to stakeholders by being reorganized instead of sold. Difficulties involved in the sale of a business (including market conditions or licensing requirements) might leave restructuring as the most attractive option.

How can I achieve the best outcome for my marijuana-related business?

Outline and examine your options with a lens of how they align with your goals. Retaining an attorney and other professionals experienced in turnarounds can help tremendously, especially when it comes to understanding potential routes to take and the ramifications of each option.

Remember that some level of creditor and stakeholder consensus will be required, and success is more likely if you lead your constituents with effective communication and action.

Michael Pankow is an attorney for Brownstein Hyatt Farber Schreck who specializes in business reorganizations and debtor-creditor relations. Jack Ucciferri is a law clerk for the firm.

NEXT:  Lessons from Recessions Past