Score another one for Harborside Health Center – and possibly the entire medical marijuana industry.

A federal judge in California has ruled that the landlords of Harborside’s buildings in San Jose and Oakland cannot force the dispensary to stop selling marijuana despite federal threats to seize the properties. Chief Federal Magistrate Maria-Elena James also rejected claims by the landlords that their properties will lose value if the dispensary is allowed to continue selling cannabis, saying the argument “rings hollow.” (You can read the entire ruling here)

The MMJ center has now racked up several key court victories in just the past few months. The latest ruling is one of the biggest of the bunch for Harborside: It lets the nation’s largest dispensary to stay open as it battles the federal government in a civil forfeiture case.

“The main threat here was that if the judge prevented Harborside from continuing to remain in business with the forfeiture action pending, (the dispensary) wouldn’t have the financial ability to pursue its case,” Henry Wykowski, the lead attorney for Harborside, told Medical Marijuana Business Daily. “By refusing to close us down, the judge has paved the way for us to develop our case and present it at trial, which is what we always wanted.”

The ruling could wind up being significant for more than just Harborside: It sets a legal precedent that will make it much more difficult for the federal government to go after medical marijuana centers simply by threatening their landlords with asset seizure.

This strategy has worked remarkably well for the feds over the past year, leading to the closure of hundreds of dispensaries in California and other states. Landlords who received warning letters simply booted dispensaries from their properties, allowing the government to crack down on the industry without spending much in the way of time or resources. No one has been able to stand up to the feds and challenge such moves until now.

The ruling adds to a number of positive developments – including the legalization of marijuana in Colorado and Washington and new MMJ laws in Connecticut and Massachusetts – that have renewed optimism in the industry after some tough times.

For Harborside, though, the battle is not over. The dispensary is still facing the threat of civil forfeiture from the federal government, and a hearing will be held later this month in a case tied to that suit. With its recent court wins, however, the dispensary has momentum on its side. The forfeiture case also will take months, and possibly even a year, to play out – removing the immediate threat of closure.

Weekly Wrapup: Cannabis Businesses Springing Up in Colorado + Another Challenge For AZ MMJ 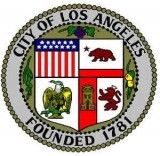