Heading into another brutally dry summer, struggling cannabis growers in California could be excluded from the state’s latest assistance plan to save water.

A proposal by Gov. Gavin Newsom would pay farmers to not plant crops, known as fallowing, this year as drought conditions worsen.

The plan with some of the state’s largest water providers earmarks $268 million in upfront payments for voluntarily leaving fields uncultivated, or fallowing.

The area targeted is near two critical watersheds that emanate from the Sierra Nevada mountain range in Northern California.

The fallowing proposal aims to cut production of water-intensive crops such as rice, alfalfa and nuts.

Some advocates are upset cannabis hasn’t been placed on the list.

“It’s an unfortunate double standard that some farmers are deemed worthy of receiving this kind of support, but cannabis farmers, who are still fighting to have cultivating cannabis plants recognized as agriculture, are in a position where they have no ability to pause their operations and their tax burden without endangering their ability to remain in the licensed market,” said Michael Katz, executive director of the Mendocino Cannabis Alliance.

“If we don’t see more support programs that factor in the drought … we will see the continuing loss of small independent cannabis businesses.”

The state’s Department of Cannabis Control (DCC) pointed out that the policy is still being developed.

“It is our understanding these policies are in their preliminary stages of discussion and development and have not defined sectors they will be allocated to,” DCC spokesperson Maria Luisa Cesar said.

She added that the department “is committed to supporting the administration’s efforts to respond to California’s drought and will continue exploring policies that assist small farmers and recognize their responsible stewardship of the environment.”

The fallowing initiative is part of Newsom’s $2.9 billion water-quality control plan that aims to free up a dedicated annual supply of fresh water while maintaining, restoring and replenishing fish and wildlife habitats, reservoirs, aquifers and other water basins through mandated conservation practices.

No relief in sight

The Origins Council, which represents nearly 900 licensed small and independent marijuana businesses, has been advocating state and local governments for six months to enact fallowing policies because of drought conditions.

“To date, they have not committed to create a fallowing policy,” the organization’s executive director, Genine Coleman, told MJBizDaily.

“The state has an ethical obligation to support our cannabis farmers in being able to fallow during this unprecedented historic drought.”

The first three months of the year generated the least rain and snow in California history, according to the state’s Department of Water Resources, exacerbating the second extreme drought in the last 10 years, a symptom of climate change.

The Sierra Nevada mountain range snowpack, which accounts for 30% of California’s freshwater in a typical year, fell below 40% of its annual average by April 1, which is considered the end of rainy season.

With no respite in sight, all 58 counties in the state have proclaimed drought emergencies.

While fallowing has become a necessary option for many high-THC cannabis farmers in California, it hasn’t taken root in the hemp sector, according to legal expert Patrick Goggin.

“It just hasn’t come up,” said Goggin, chief lawyer for the California Hemp Council. “They haven’t raised that issue to me.”

The bigger challenge facing the hemp market, according to Goggin, is oversupply and depressed wholesale prices.

“Don’t plant until you’re in a contract so you know where it’s going to be sold,” he added.

“It’s about finding your niche.”

While California’s water crisis is statewide, not all cannabis-producing areas are facing the same conditions.

In Trinity County, for example, growers say that economic challenges tied to prolonged permitting and environmental approvals are of greater concern right now than the governor’s water proposal.

The northwestern California county “has very little surface water users for cannabis” and most cannabis farmers use individual wells for cultivation in the county, said Adrien Keys, president of Trinity County Agriculture Alliance, which represents about 65 farms in Northern California’s Emerald Triangle.

Still, Keys pointed out that cannabis growers in his area could see opponents making water-related arguments against the cannabis industry.

“It will likely be used in local politics against us,” he said. “That’s the place it will come into play.” 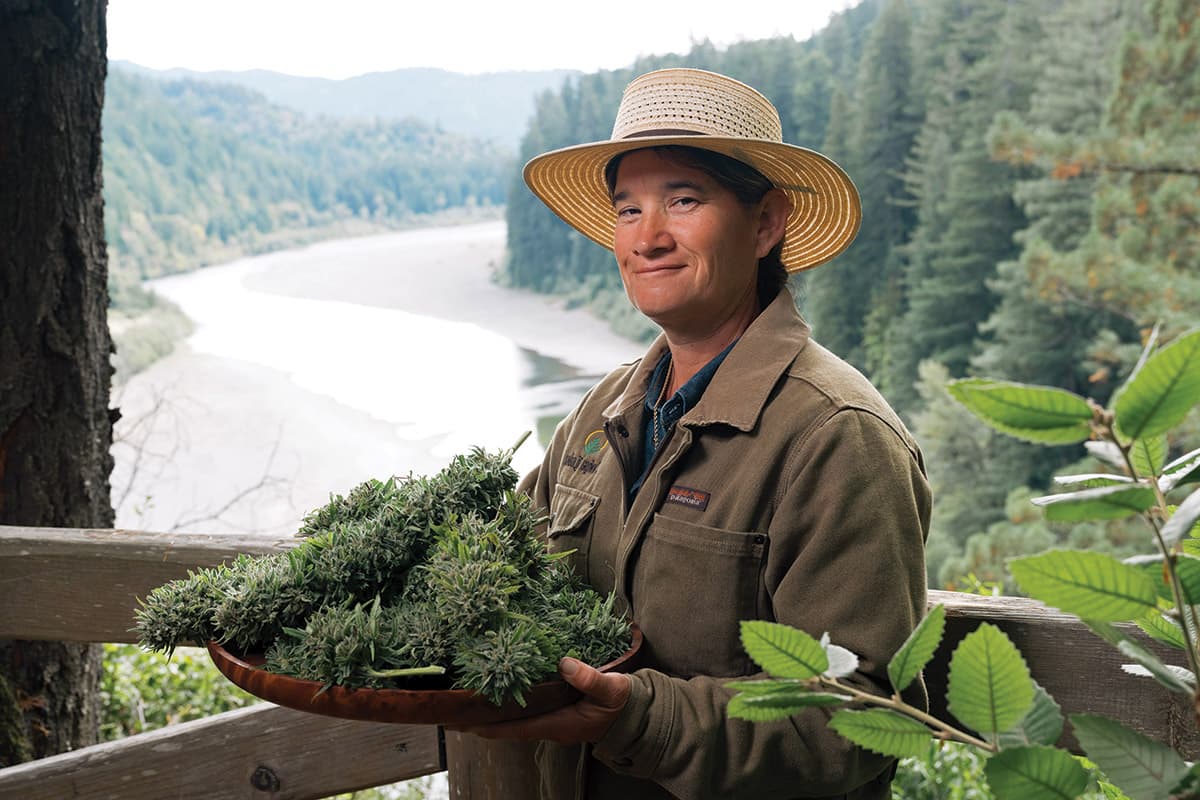