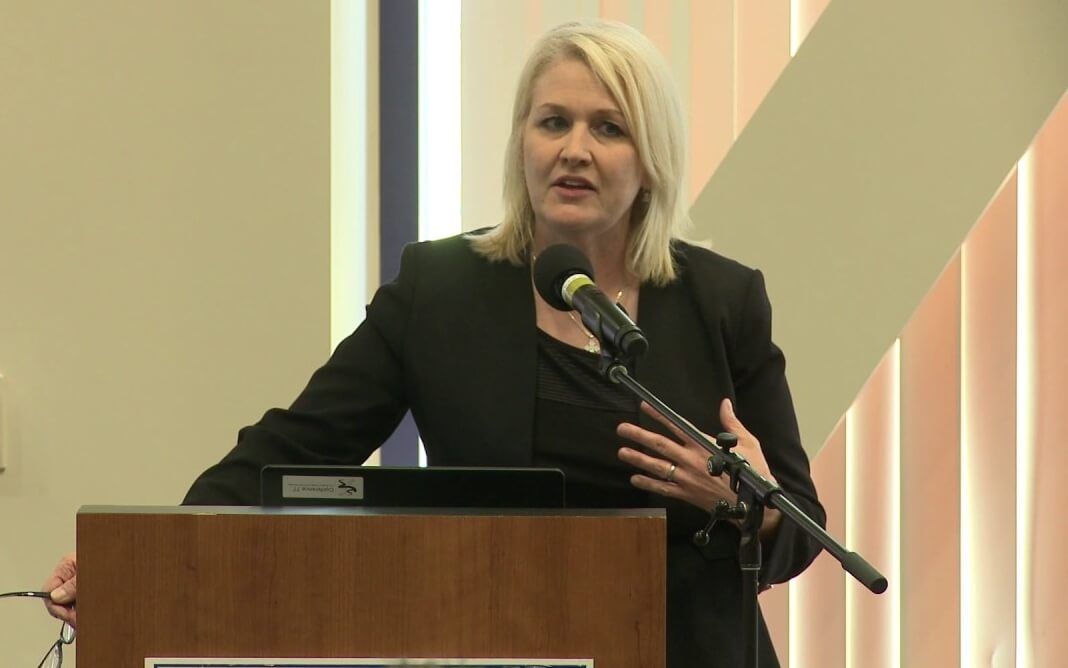 Since then, Ajax has broken considerable new ground as the chief of the state’s Bureau of Cannabis Control (BCC).

She oversaw the historic rollout of California’s recreational marijuana market in 2018, spearheaded the writing of a wide range of cannabis regulations and appeared at scores of industry events to educate stakeholders and gather feedback.

Just short of her five-year anniversary in that position, Ajax decided it was time to step aside. Her retirement was announced Nov. 20.

Her replacement is Tamara Colson, the BCC’s current assistant chief counsel, who will serve as acting bureau chief.

Ajax – who didn’t shy from the limelight but also was never completely comfortable in its glare – was often considered a divisive figure in industry circles.

And she was criticized by executives who were frustrated with what they considered onerous regulations that hampered California’s transition to a new legal market in 2018.

But Ajax never lost her cool. She spent time listening and learning while also encouraging thousands of businesses to join the legal market after having long operated in the legal gray area of medical marijuana.

Marijuana Business Daily spoke with Ajax during her last week on the job before her Dec. 2 departure.

Here are highlights from the interview.

Why she decided to retire when she did: The old Kenny Rogers song: I’m going to get corny, but “you’ve got to know when to hold ’em and know when to fold ’em.”

It was a hard decision, but … I was brought in to establish the foundation and the BCC, so now it’s time for someone else to take the reins. In my heart, it feels like it’s time.

This job hasn’t really been a job. I don’t know what it’s been. A calling or something.

But we truly care about the industry, and that’s always been an important ingredient in this relationship. There’s no lack of caring on our end.

That’s what makes it hard to leave.

On whether she has any regrets on how the legal market has turned out: We could spend (the whole interview) on things maybe we should have done differently.

You always wish you could have done more, and you always look back and say, ‘Maybe we should have written this regulation a certain way,’ but at the time, the information we had, we were making the best decisions we could. It’s always hard to second-guess.

So I think we were probably more conservative with our regulations maybe than we would have been had that not been in place, but you’re making decisions based on that time and the information you have.

We always kept an open mind and made sure we listened to the industry, and I’ll always be proud that I felt like we kept the lines of communication open, even when things didn’t turn out the way we expected them to.

A California bureaucrat who oversaw Ajax’s work said that, thanks to her, “California is now a model for other states and nations as they begin to legalize cannabis.” Ajax didn’t completely agree: I was thinking about that today, because obviously, we first and foremost want to be a model for California.

Then, because of how we’ve structured the industry … is different from other states, but you’d want other states to glean from different parts of what we’ve put into place and take from it what works for them and not take what doesn’t work for them, whether it’s on laboratory testing or how we’re dealing with the unlicensed market. That’s always a hard thing for me (to answer).

First, I’d want us to have a model for California to follow, and I think for the most part we’ve put that foundation in place, and we’re still tinkering with the regulations.

I don’t think there’s one model and you’re going to remain stagnant. As more information comes down the pipe, you’re going to make changes, and I feel California is a model, but if it’s not working, we’re going to try something else.

It goes back to how quickly things change in cannabis. I do think we recognize when things aren’t really working, but you have a whole administration committed to, how can we make this work better? That’s more of the model.

Enforcement against the illicit market will remain a priority: This last year we got 29 new sworn enforcement positions, and we’re in the process of trying to get those folks on board right now.

As we continue going after the unlicensed market, I always think that if more cities and counties allow cannabis regulation in their area, that tends to help with the illegal market.

But I think we need to continue to make sure we’re opening up cannabis regulations across the state, and we have seen some of our numbers change in that respect, which is incredible.

It’s a full-court press. We’ve got to be out there with aggressive enforcement.

It’s always bothered me that the legal market is competing with people who aren’t paying their taxes or licensing fees or anything.

That’ll always be a priority for the new department, getting that under control. And I do feel we’ve made a lot of progress.

We’re getting better with time. But we’ve got to keep it up. We want to get that under control.

Advice for her successor: You’ve got to have a lot of stamina (laughs).

I’d tell that person, listen to the industry, be humble, be kind and always keep consumer safety as your highest priority.

Don’t ever forget to look at the big picture.

California cannabis companies will have to pivot, again, under new stay-at-home order 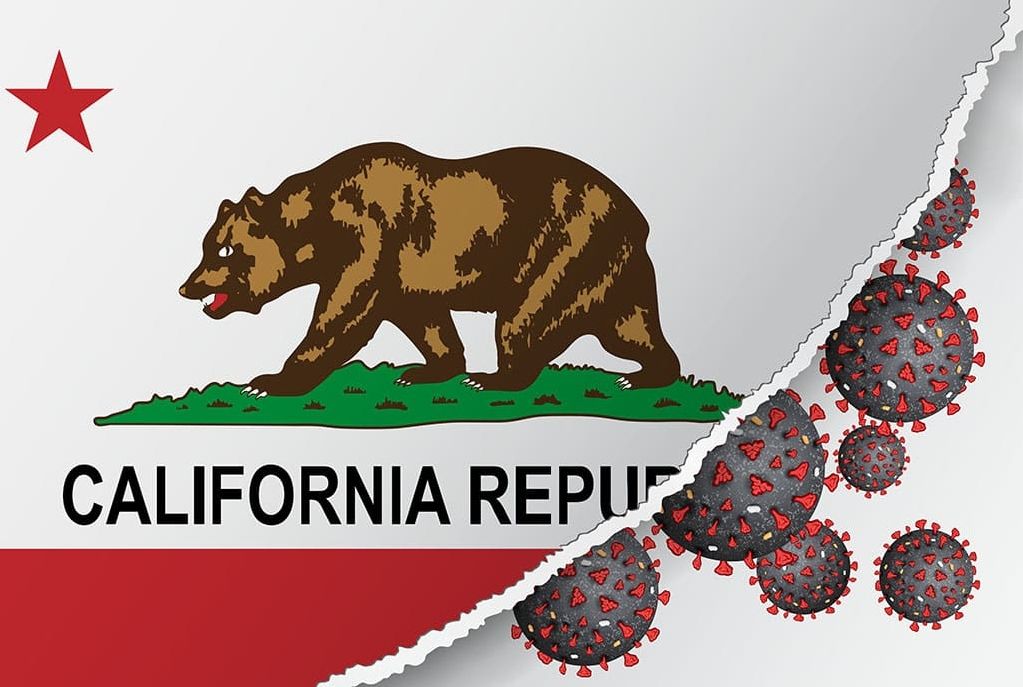 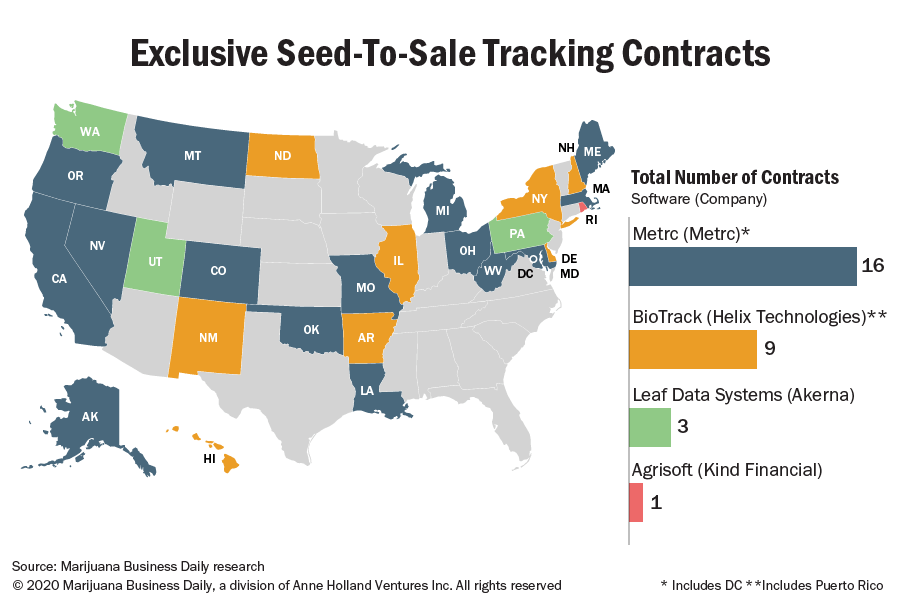