One of the most well-known and longest-operating cannabis dispensary owners in the nation, California-based Harborside, announced Monday that its CEO has stepped down and a new interim chief executive officer was appointed.

Andrew Berman, who has served as CEO, president and board member since January 2018, relinquished the reins of the Oakland, California-based company, effective immediately.

Since going public in June, Harborside’s stock (HBOR) has slumped on the Canadian Securities Exchange from an opening of 6 Canadian dollars ($4.60), although the stock rallied on Monday morning, after the Berman announcement

Peter Bilodeau, chair of Harborside’s board of directors, will take over as interim CEO until a permanent replacement is chosen.

“Given the changing and challenging market conditions, the Board believes a new and broader leadership team is necessary to accelerate the growth of the Company,” Harborside said in a release.

“These changes are expected to accelerate the Company’s growth, advancing Harborside as a leading cannabis retailer in California and driving shareholder value,” Bilodeau said in the release.

Both Sutton and Duclos will be focusing on a “cost-cutting program” by Harborside designed to “drive efficiencies and cost-management initiatives … toward the achievement of strong sustainable profitability.”

Last week, Harborside announced it had settled for $11 million a lengthy battle over business deductions with the Internal Revenue Service.

With Harborside lawsuit in rearview mirror, end of difficult chapter for MJ industry is near 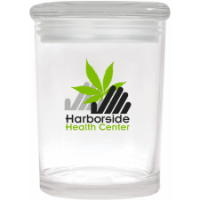