The CEO of one of Canada’s fast-growing marijuana companies has a piece of advice for the federal government: Permit a wider variety of products beyond buds and oils when the recreational market launches next year.

Brendan Kennedy, CEO of British Columbia-based Tilray, said Canadian regulators need to recognize the popularity of edibles and other products in places such as the United States while preparing for next summer’s planned rollout of recreational marijuana.

Currently, only flower and extracts are allowed for sale as MMJ in Canada. Looking ahead, the federal government is expected to favor flower and oils when adult-use sales begin.

ADVERTISEMENT
“In some ways it doesn’t make sense that there’s this requirement that whole-flower be the main product sold by (licensed producers) in Canada, because there are other, healthier alternatives,” Kennedy told Marijuana Business Daily.

Tilray, which is owned by Seattle-based Privateer Holdings, has positioned itself to be a leader in medical marijuana on the world stage. It distributes products in six countries – including Germany and New Zealand – and holds close to 30 export permits.

To capitalize on double-digit growth in Canada’s MMJ market and the rollout of adult-use cannabis, Tilray recently announced plans to invest 30 million Canadian dollars ($24 million) to convert an Ontario pepper farm into one of the nation’s largest MJ production facilities.

Kennedy spoke with Marijuana Business Daily about how he sees the cannabis market in Canada unfolding over the next two years.

Everyone’s talking about retail, but what are the other unresolved issues surrounding adult-use affecting your business plan?

Besides cultivation, what else are you doing to prepare for the adult-use market in Canada next summer?

We’ll take our expertise in cultivation and processing and marry that with some successful brands that are trusted with tested products from the United States. We’ll produce those products in Canada for the adult-use market.

Canadian extract sales are up 800% in the past year. Is that sustainable, and do you see more demand growth in dried marijuana or extracts?

Over the next five years, factors besides whole-flower will account for 75% of the products and revenue from this industry.

How do you position Tilray to capitalize?

You look at what’s being sold in Colorado and Washington state, where more and more patients and consumers are purchasing edibles of all different form factors, oil and concentrates, besides whole-flower. In some ways it doesn’t make sense that there’s this requirement that whole-flower be the main product sold by LPs in Canada, because there are other, healthier, alternatives.

Are Health Canada’s regulations on extracts too restrictive?

Many of the products most liked by patients and consumers in Washington state, Oregon, Colorado and California would not be allowed to be sold in Canada today. I think that’s the issue that patients have. They can’t buy the products they want from LPs.

That will have to change in order for Canada’s program to succeed. Everything we’ve seen and heard from regulators in Canada is that they deeply want this program to succeed. They realize that taxes can’t be too high and that products need to be competitive with those products sold through the black market.

Do you think the provinces will be ready next summer?

Can you paint a picture of what Tilray’s business will look like five years down the road?

In many ways it will look similar to how it does today. We will have a team that is focused on building cutting-edge medical cannabis products at a GMP (good manufacturing practices)-pharmaceutical grade facility. We’ll produce those products in Canada for patients in Canada and patients around the world. We’ll also continue to produce clinical trial study drugs for trials being conducted in Canada and around the world. 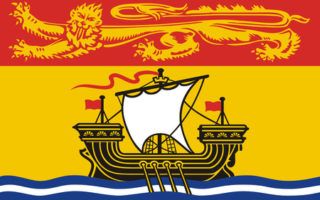