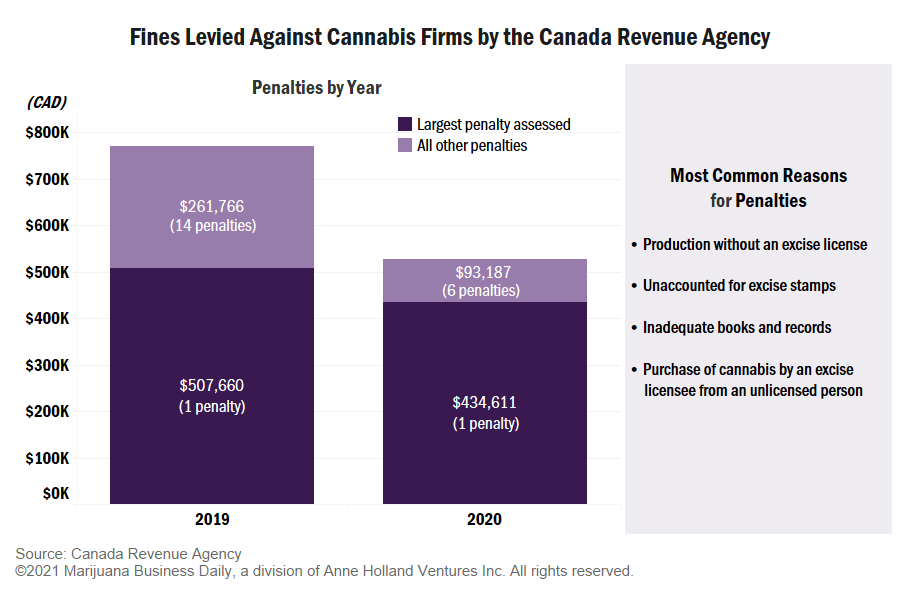 The nearly two-dozen penalties for violations of the Excise Act include one large levy of approximately CA$500,000, according to the CRA, which collects taxes and administers tax law for the Canadian government.

The hefty penalties have come as the nation’s top cannabis regulator, Health Canada, has so far chosen not to fine any marijuana producers despite serious regulatory violations such as illegal cultivation and sale.

Instead, the agency has used a variety of other approaches including warnings and license suspensions.

In the case of the CRA, the most common reasons for assessing a penalty were:

The CRA would not reveal the names of the companies, citing confidentiality.

The agency also declined to break down the fines by category because that “could lead to the potential identification of taxpayers, which would contravene the confidentiality provisions of the Excise Act,” a spokesperson told MJBizDaily.

The CRA is responsible for administering the excise taxation framework on cannabis products.

Canada’s Excise Act contains various administrative-penalty provisions in cases where businesses are found to have contravened the law.

Fines, or administrative monetary penalties, may be imposed when the Act is found to have been violated, the CRA said.

According to data shared with MJBiDaily, no cannabis-related penalties were assessed in 2018 – the year Canada legalized adult-use cannabis.

That means the average penalty for the 14 other contraventions was CA$18,697.

Excluding the largest fine, the average penalty for the six other contraventions in 2020 was CA$15,531.

Seemingly small infractions such as lost excise stamps can carry significant fines, as those penalties are assessed for every stamp that cannot be accounted for.

The CRA’s fines mark a different approach than Health Canada when it comes to regulatory enforcement.

Rather than fining large businesses, Health Canada has used a combination of warning letters, phone calls and license suspensions, according to the department’s latest compliance report for the 2018-19 fiscal year.

The compliance report – the first to cover the early months of legalization in Canada – does not show any fines having been issued.

“In the vast majority of cases, regulated parties undertake voluntarily action to correct non-compliance once they are made aware of the regulatory requirement(s),” she continued.

“In other cases, other enforcement tools, such as a warning letters, license suspension or revocation, are determined to be most effective for the circumstance.”

Shane Morris of Ottawa-based Morris and Associates Consulting questions why the CRA is fining businesses while Health Canada has chosen not to.

“But it’s interesting to have two departments regulating the same industry and take different approaches to the regulatory tools they have and how they apply them.”

Morris expects license holders to be more careful about handling their responsibilities under the CRA’s requirements, as opposed to Health Canada’s requirements, “because that’s where the real potential monetary risk is.”

“You’re seeing, with the number and size of fines from the CRA in the cannabis space, is that they clearly have a different approach to enforcement and compliance promotion than Health Canada, who have a softer approach, by the looks of it.

“We know this because there have been a number of serious noncompliance events in the industry from Health Canada’s perspective and remit, and yet they have not issued any administrative penalties.

“It would be interesting to see when they will start applying fines, and for what reason.” 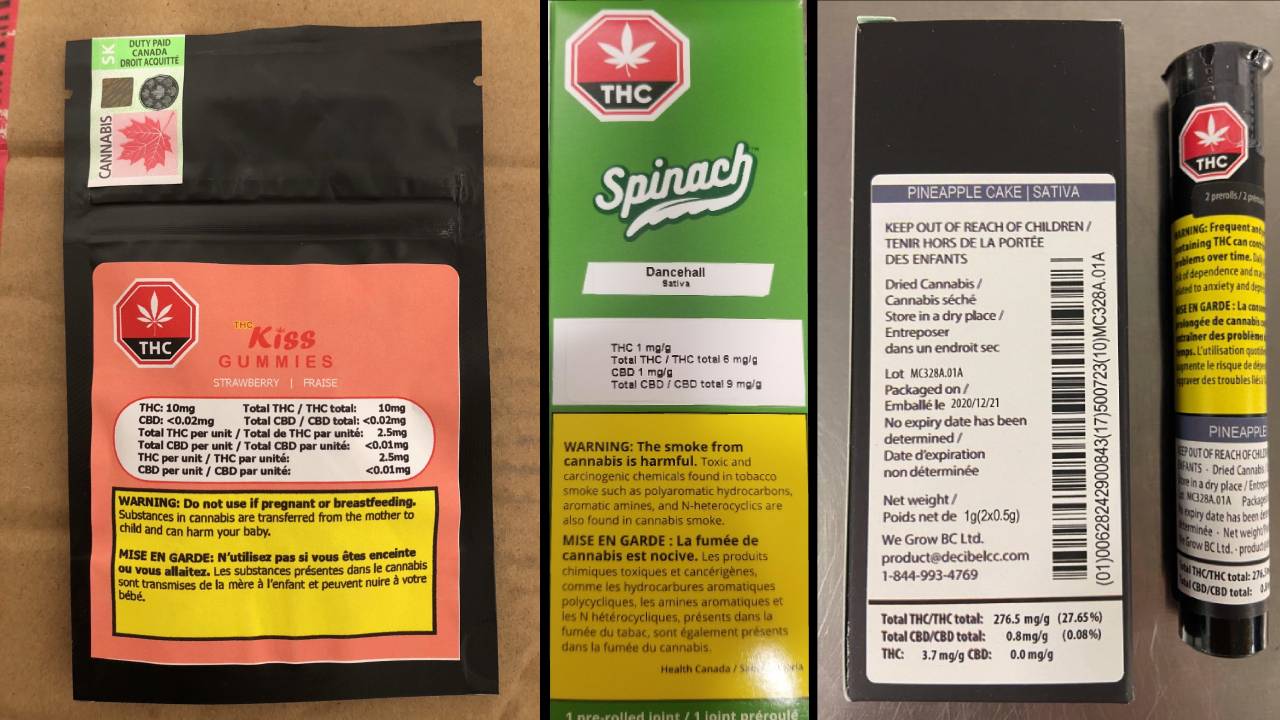