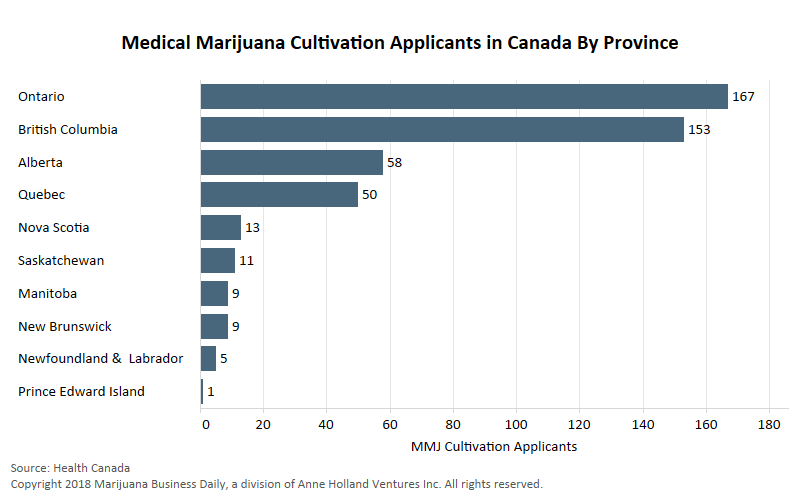 The number of applicants to cultivate medical cannabis in Canada has grown to a record number.

But the number of “fully licensed” companies – those permitted to cultivate and sell dried cannabis, as well as produce and sell cannabis oils – remains very low.

As of Feb. 1, the number of cultivation applicants in the pipeline stood at 476, according to data provided to Marijuana Business Daily by Health Canada, an increase from 463 last November.

The increase in applications comes as marijuana companies prepare for the planned rollout of the nation’s recreational cannabis market later this summer.

While the number of applicants for cultivation and licensed producers have reached new highs, Russell Stanley, an analyst with Echelon Wealth Partners in Toronto, notes that currently only 21 production sites have sales licenses.

ADVERTISEMENT
“Mid- to long-term, between the number of cultivation licenses awarded and the extent to which those companies have fully financed their expansion plans, it will be very difficult for straight cultivation businesses to compete,” he said.

“In order to meet the demand post-legalization coming into force, it will be important to note how many LP’s hold sales licenses on day one on legalization.”

Since November, four sales licenses have been issued for dried medical cannabis and two for oil.