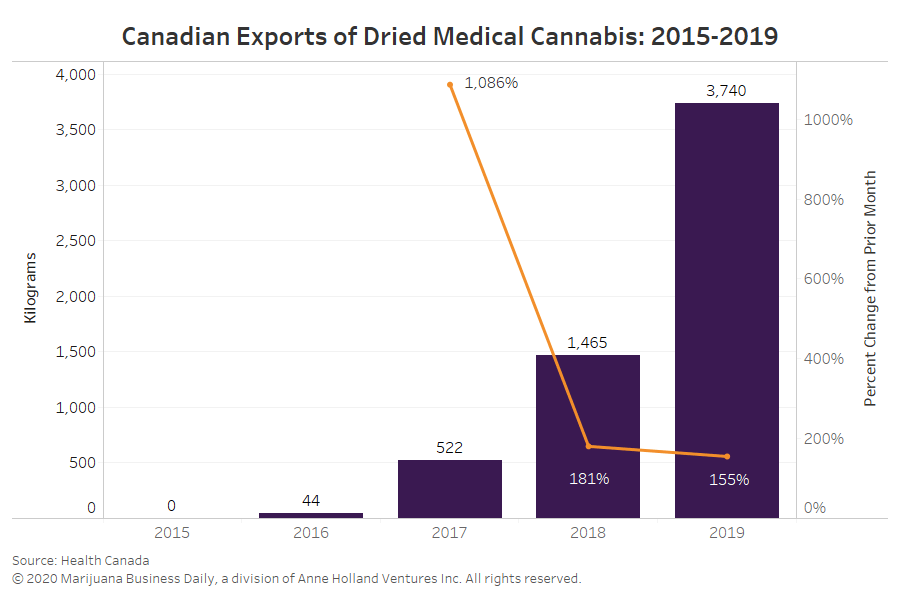 The deal would result in a significant increase in the amount of cannabis being shipped from Canada to Israel in the coming years, pending receipt of regulatory approvals from Health Canada and the Israeli Ministry of Health.

ADVERTISEMENT
Last year, only 1 kilogram (2.2 pounds) of dried cannabis was sent from Canada to Israel for medical or scientific purposes, while another 1 kilogram was approved but not shipped that year.

According to the terms of the deal, the Canadian company will supply Canndoc with “a guaranteed 3,000 kg of high-quality, indoor-grown dried flower product” by Dec. 31, 2021, the companies said in a news release.

The cannabis will be processed and distributed in the Israeli medical market.

Canndoc has an option to receive another 3,000 kilograms over the same period.

“The Agreement also contemplates, among other things, an opportunity for Organigram to launch branded medical products with Canndoc in the Israeli and EU markets, and grants exclusivity and related rights to Canndoc within the Israel market for a period of approximately 7.5 years,” the release notes.

Jefferies analyst Owen Bennett wrote in a note to investors that the deal is consistent with Organigram’s prudent approach to costs and capital allocation.

“(The deal) gives Organigram international exposure without significant spending needed in terms of acquisitions, capex or other investments,” he said.

The Netherlands and Canada, the top two cannabis exporters in 2019, shipped 4,370 kilograms and 3,740 kilograms of dried medical cannabis, respectively.

Shares of Organigram trade as OGI on the Toronto Stock Exchange and Nasdaq.

Shares of Canndoc’s parent company, InterCure, are traded on the Tel Aviv Stock Exchange as INCR.