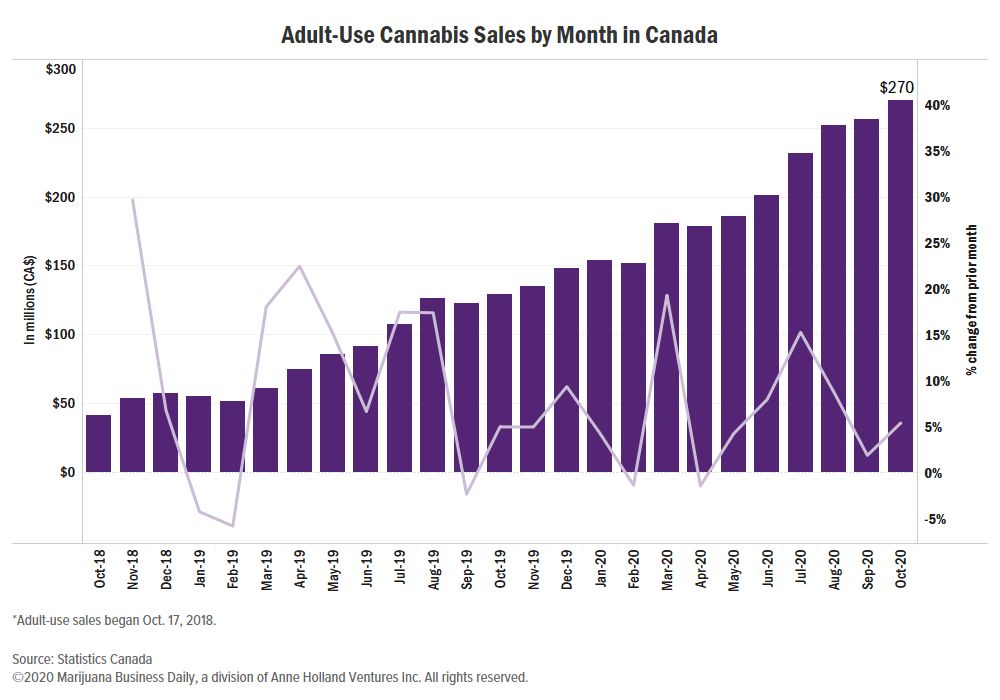 Ontario led the charge in terms of monthly sales growth, with October sales increasing by 7.6% over September to CA$83.9 million.

Alberta, which has the most licensed cannabis stores of any Canadian province, retained its spot as the country’s second-biggest marijuana market with monthly sales increasing by 5% to CA$56.4 million.

In the prairie province of Saskatchewan, sales grew by 2.2% on a monthly basis to CA$13.8 million.

In Newfoundland and Labrador, monthly recreational marijuana sales increased by 4.6% to CA$3.9 million.

However, monthly sales shrank in Canada’s three other Atlantic provinces, as follows:

October sales totaled CA$383,000 in the Northwest Territories and CA$739,000 in the Yukon Territory. Sales figures for the territory of Nunavut were unavailable.