For more than three decades, he’s been dealing with regulatory and commercial issues in the global dietary supplement industry, including labeling and being viewed as a fringe business.

In his current role as the president of the United Natural Products Alliance – a Salt Lake City-based trade association that represents more than 100 natural products, dietary supplements and related companies – he’s watched firsthand the issues that arise when an industry goes from the margins to the mainstream.

ADVERTISEMENT
Israelsen, who will keynote the Marijuana Business Conference & Expo in Washington DC next month, spoke with Marijuana Business Daily (which hosts the event) about the parallels between the cannabis and natural products industries.

What can marijuana business owners learn from what your industry experienced?

What are key similarities between the natural products and marijuana industries?

The marijuana industry right now is in this interesting spot where we were about 25 years ago where there were more state issues than federal issues. Even when you thought you had a major success and advance, it turns out you have to wake up in the morning and go back and keep working on these issues.

How did your industry deal with that uncertainty – especially when you were restricted by law about what you could say?

It was very difficult. We couldn’t communicate openly or directly to our consumers about the benefits of botanicals, a lot of nutrients. Almost everything we offered we could really not tell people what they’re really good for. Pretty frustrating. People had to go find their own information.

How did you try to overcome that?

We ended up going to Congress and working to pass a law in 1994 called the Dietary Supplement Health and Education Act (DSHEA). It was the first time we had rules of proper definition. We actually knew who we are and what we were for the first time.

What did your industry learn when dealing with state and federal regulators that could be applied to the marijuana industry?

We live in 51 governments. There’s one big one and 50 smaller ones. These sorts of issues end up filtering down to local issues. We thought that having resolved the federal question, the states would generally agree with that. Nope. Turns out some states have very different views.

We learned that we really have to constantly tend the garden. Never assume if you solve the national problem that you solved the local, or regional, or state issues that will arise. You have to solve the big one. But then you have to work on the small ones, because that’s the way our system is set up. There tends to be the sense that we need to build strong national alliances and you tend to think less about the states, to your detriment. The old adage “all politics is local” is really true. 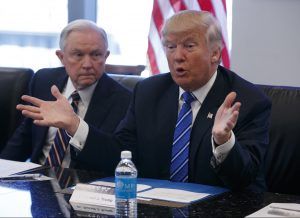 Chart: Colorado marijuana sales off to strong start in 2017 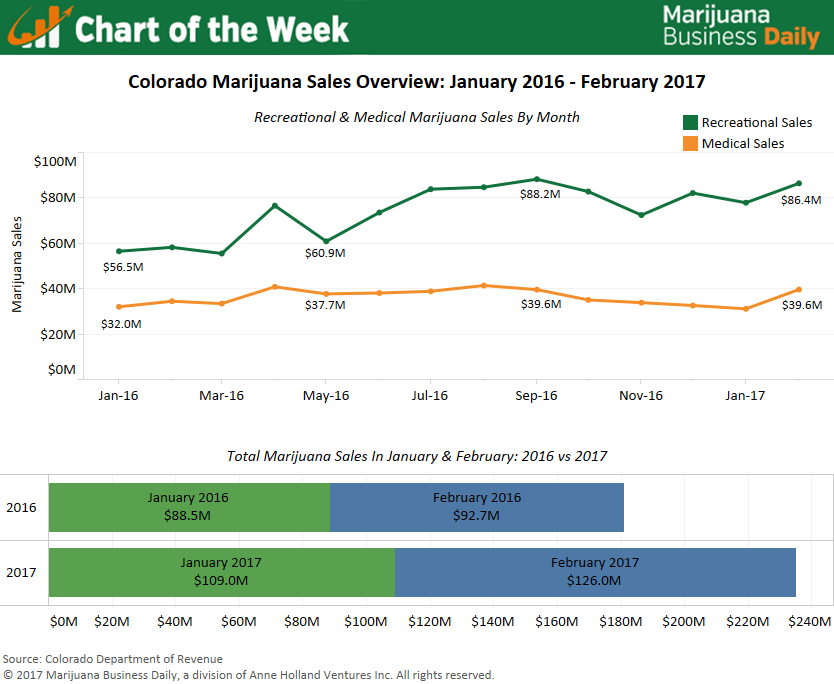