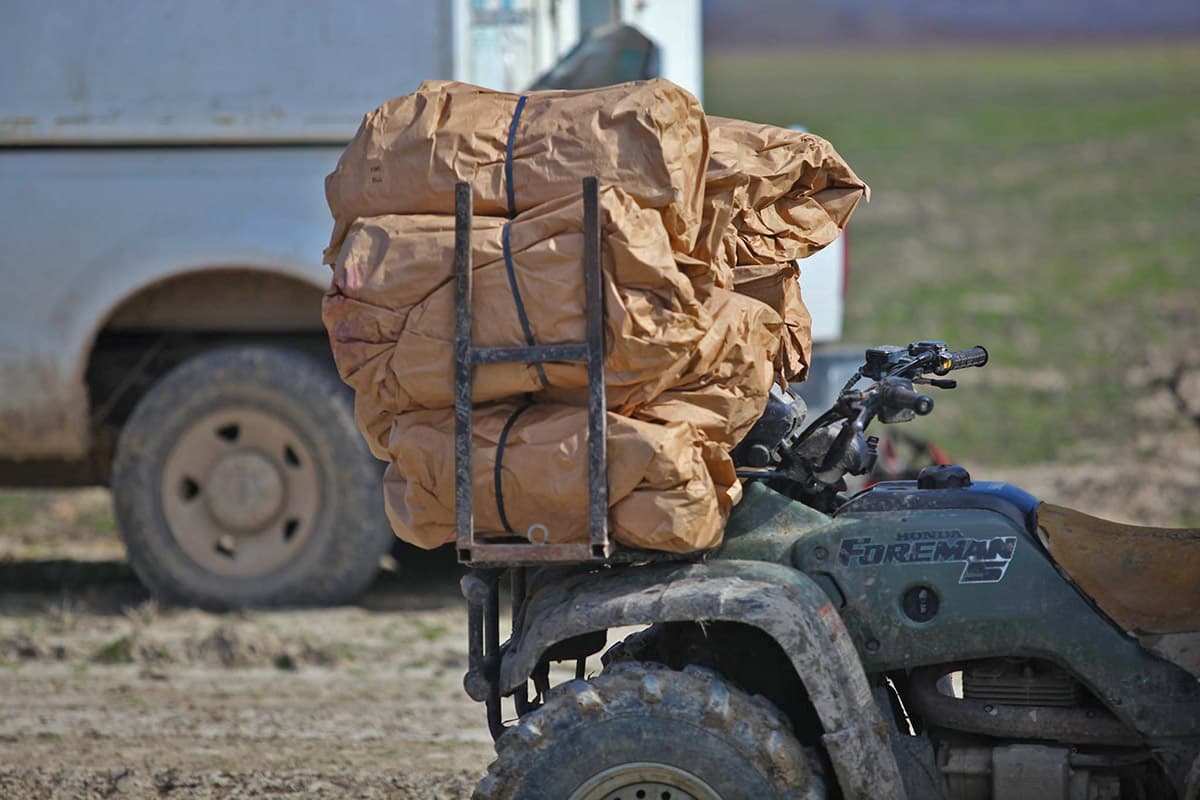 Cannabis producers looking to remove carbon from the environment have a variety of options.

Companies in the emerging cannabis industry have an opportunity to be sustainability leaders, and it’s critical that the industry commit to the principles of environmental, social and corporate governance, according to Jesse McConnell, CEO of Rubicon Organics, a Vancouver, British Columbia-based cannabis producer.

While the cannabis industry’s practices have room for improvement, it’s still a young industry, McConnell said during a marijuana sustainability event hosted by San Francisco-based Regennabis.

“We’re in the process of establishing these best practices, not having to go back and look at legacy infrastructure and reengineer things at tremendous economic costs,” he said. “We have that opportunity in front of us today to get ahead of that.”

Based on current policies, the Earth is on track to reach 3.5 degrees Celsius global warming (6.3 degrees Fahrenheit) by 2100, according to a 2020 United Nations report. As a result, nearly 2,000 companies have made net-zero carbon commitments by 2030 or 2050.

According to Chandler Van Voorhis, co-founder and managing partner of Virginia-based Acre Investment Management and its subsidiary Green Trees, a large-scale reforestation project, there are a few ways to accomplish
that goal:

Hemp is a Carbon Story

Carbon is literally a hot commodity—and it’s become a major buzzword in agriculture and cannabis in recent months.

Hemp farmers particularly stand to benefit if the United States supports farmers sequestering carbon as a method to battle climate change. The crop reportedly gobbles carbon at a rate of 6 tons per acre, according to the European Industrial Hemp Association, and it can play a key role in regenerative farming and soil remediation.

Initially, Biden had proposed developing a carbon bank, which Agriculture Secretary Tom Vilsack explained could be formed by using $30 billion from the U.S. Department of Agriculture’s Commodity Credit Corp. (CCC) to pay farmers to adopt practices that could remove carbon from the atmosphere and fight global warming.

The CCC fund, which was created in 1933 under a charter that specifically mentions stabilizing and creating markets, would be used to create a “carbon market” that would directly pay farmers as part of the administration’s larger Climate 21 Project.

“Right now, we’re putting about
50 gigatons of CO2 into the atmosphere,” said Kimberly Kovacs, chief strategy officer of New Mexico hemp producer Santa Fe Farms. “We have a responsibility to look at … how we can regenerate our land, and hemp is that solution.”

Some hope the carbon-bank idea could bring hemp more into the forefront as a sustainable crop.

“It’s a shame that hemp—as a regenerative crop that uses less water, has better CO2 sequestration rates than trees and has more market value than a typical cover crop—is still kind of an underdog,” said Angela Dawson, founder of the 40 Acre Co-op, a network of Black and socially disadvantaged hemp farmers based in Sandstone, Minnesota.

“Not one of those landowners could go into the carbon market themselves and bear that (verification) cost,” Van Voorhis said.

An administrator also helps landowners manage their resources, layering in value points so they can be paid for their crops, plus the carbon being stored in their soil. They can identify tax credits, conservation programs and water payments for using regenerative practices to improve water retention on the property.

“The key is to optimize multiple points of income, not maximize one and sacrifice another,” Van Voorhis said.

Producers can find and compare voluntary carbon-offset projects and programs by searching the registries and referencing the Carbon Offset Research and Education program.

By aggregating land through partnerships with landowners, project administrators catch the attention of big buyers such as Duke Energy, Shell, Microsoft and Bank of America.

“Markets happen through partnerships,” Van Voorhis said. “Buyers are looking for millions of metric tons, so a landowner with 100 acres generating 200 tons of carbon per year—that’s (going to be) hard to get buyers’ attention.

On the other side of the spectrum, cannabis firms are becoming carbon-offset buyers themselves in their quest for carbon neutrality.

Hexo Corp., a publicly traded company in Ottawa, Ontario, announced an ambitious goal in early June to offset its operational carbon emissions and the personal emissions of roughly 1,200 employees to become carbon neutral by September.

CEO and co-founder Sebastian St-Louis said now that his company is on a path toward profitability, it is committing to environmental leadership and challenging other cannabis companies to follow suit.

The company’s actions are “just the start” of its challenge to do better, said St-Louis, who declined to reveal the amount Hexo is spending on the carbon-neutrality effort, though he estimated that offsetting employee carbon would cost the company just under $802,065 (CA$1 million) per year.

“The tree grows, absorbs carbon from the air … then that carbon actually goes into the root system. So 25% of the carbon of the tree stays in the Earth, and that’s the actual carbon going into the ground.”

Hexo validated its emissions with the province of British Columbia.

Hexo also is working to reduce emissions by minimizing waste across the supply chain, including reducing plastic in its packaging and exploring sustainable alternatives, implementing green energy solutions and converting to a virtual workplace where possible.

“We’ll always be able to get better,” St-Louis said. “The best way to offset carbon … you want to not generate it in the first place.”

Kristen Nichols contributed to this report.

NEXT: Building Your Own Power Grid