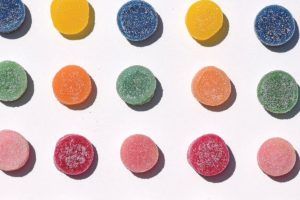 As marijuana edibles brands become successful, more companies are looking to expand their product lines beyond state borders. But this is the cannabis industry, and nothing is as simple as it would be in mainstream business.

Deciding where to go

Some companies seem to believe any state where they can sell presents a good opportunity, while others carefully select each new market.

Oakland, California-based Kiva Confections is more in the latter camp. The company’s edibles are sold in about a half-dozen states beyond California.

Kiva moved into Ohio’s medical marijuana market at the end of 2020. Co-founder Kristi Knoblich Palmer said her company prefers to expand to states that have a large population or patient pool and will likely impact neighboring states. Ohio fit that bill.

“Influencer states are the most interesting to us,” she said, citing New York and Massachusetts as examples of markets that have large populations and affect the surrounding regions by drawing consumers from neighboring states.

Cameron Forni is the founder and president of Select, the edibles brand owned by Curaleaf, a Massachusetts-based cannabis company that has business licenses in 17 states. Forni looks at the following criteria when deciding which states
to enter:

Cameron Clarke, co-founder and CEO at cannabis consumer packaged goods business Sunderstorm in Los Angeles, said the company will be expanding its Kanha line of gummies to Colorado, Massachusetts, Nevada and Utah.

Clarke agrees that market size is a key factor when evaluating a potential new state for its business opportunities. He prefers to stay away from states that require vertical licensing, such as Florida. Western states, meanwhile, tend to be more business friendly, he said.

Stillwater was founded in 2015 and sought to build up its portfolio of products and presence in Colorado to ensure it was rock solid before branching out.

“We’ve always looked at where the market will be ultimately and never operated out of a short-term fear of missing out,” he added.

Stillwater is moving into Michigan next but won’t be licensing with a partner. Instead, the company is building its own production facility.

“We recognized that, at some point in time, cannabis will be federally legal and you’re going to have interstate commerce,” Goldstein said.

That prediction made Stillwater want to spread facilities across the country, and Michigan offers a solid location with a good-sized market, according to Goldstein.

The cannabis industry is notorious for having business regulations that vary wildly from state to state. That can either be a huge challenge for a company looking to expand—or, with the right person or team dedicated to understanding the differences—a problem that can be easily solved.

Sunderstorm’s compliance team helps its executives navigate the complexity of state regulations. For example, the team would discourage leadership from entering a state such as Florida, which has significant barriers to entry for a new MMJ business.

“But we don’t find the regulatory framework daunting,” Clarke said.

For its part, Curaleaf’s Select has plans to sell products in 34 states, and Forni said discerning the regulatory differences in each market can be a challenge.

“They all reinvent the wheel,” he said. “There’s no set regulatory framework from a national standpoint. Everyone’s trying to make up their own rules and regulations.”

For example, some states will allow only 800 milligrams of THC in one container, while others permit up to 1,000 milligrams.

Curaleaf has several teams that work together on expansion, but the commercialization team focuses on national product launches.

The state has fewer advertising restrictions than Colorado. Michigan also allows social consumption lounges, which could be a boon for infused product companies.

Most cannabis edibles brand expansions happen via a partnership in a new state. That can work well if the new partner upholds the company’s brand standards.

For Jen Dooley, chief strategy officer at Chicago-based Green Thumb Industries (GTI), which now owns edibles brand Incredibles, being vertically integrated removes the trust factor from the business. Unlike infused product manufacturers that source outside cannabis, GTI does not have to work with partners across the supply chain—nor find itself in a tough spot if items don’t arrive as promised.

But as the brand expands into new markets, Dooley said GTI is open to working with new partners.

Her goal is to create the same experience for consumers no matter where in the country they might find Incredibles, ensuring all products taste the same in every state.

“We have to find partners that we really trust and care about quality,” she added.

A red flag for Knoblich Palmer at Kiva Confections is a potential partner who wants to get to market as quickly as possible and wants to do it on the cheap. She’s hoping the two companies’ philosophies align.

“We’re looking for quality, consistency and flavor,” she said.