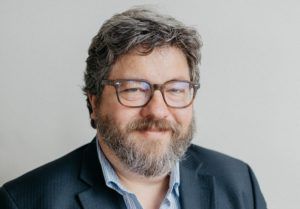 (Editor’s note: This is the fourth in a series of Q&As with speakers at MJBizConINT’L, Sept. 4-6, in Toronto. Leger Partner Dave Scholz will present the results of his survey on the most reputable cannabis companies in Canada. To read the previous Q&A in this series, click here.)

The cultivation scandal that engulfed Ontario-based CannTrust, one of Canada’s top marijuana companies, dealt a serious blow to the company’s reputation, according to a survey by market research firm Leger, which exclusively shared its findings with Marijuana Business Daily.

CannTrust, based in Vaughan, Ontario, fell from the third-most-reputable cannabis company in Canada earlier this year to 19th this summer, the new survey by Montreal-based Leger found, quantifying the reputational risk for breaching regulations.

CannTrust has been in a tailspin since a whistleblower alerted Health Canada in July to unlicensed cultivation at the company’s greenhouse in Pelham, Ontario.

In the aftermath, the company halted all adult-use and medical sales, fired its senior leadership and is facing a probe by securities regulators and police.

The Leger survey was conducted online from July 12 to July 15 to weigh the reputations of 19 of the leading cannabis producers in Canada from the perspective of the general public and cannabis consumers.

The full results will be shared exclusively by Leger Vice President Dave Scholz at MJBizConINT’L in Toronto on Sept. 5.

The survey found that CannTrust’s reputation plummeted among marijuana consumers.

For example, 6% of the general public – including cannabis consumers – had a “good opinion” of CannTrust and 7% “bad.”

However, 11% of consumers had a bad opinion of the company. That was the highest among the 19 marijuana firms in the survey.

Scholz, a reputation expert, said CannTrust dropped the most in terms of ranking.

Scholz spoke about rebuilding reputations during an interview with MJBizDaily ahead of his presentation at MJBizConINT’L next week.

What can the industry learn about reputation building and falling from the past two months?

You need to create your own brand image and presence.

If people don’t know who you are, you’re “just another cannabis company.” And if one cannabis company doesn’t do well, then you’re going to also get saddled with their reputation.

How does a company start to rebuild its reputation after a scandal?

Before you even start recovery, you should be careful about building your reputation.

The reputation recovery that’s gone well is for organizations that have already built out a level of trust among their customers and key stakeholders and created relationships with broad stakeholders.

It comes down to creating a solid relationship ahead of time with your key stakeholders.

If you don’t have that – like cannabis companies, because it’s a new industry – it comes down to showing that you’ve made change, being open and being transparent, which all lays into creating a network of trust among stakeholders.

If you try to hide anything, or as soon as you try to shave some of the bluntness off your response, people are going to see through that.

What steps can businesses take before a crisis hits to protect their brands and reputations?

Make sure you have plans so that, if this happens, here’s the process we’re going to follow to get on top of this as opposed to scrambling to figure out what we’re going to do while the story is being told and we’re not able to address it.

How exactly does reputation impact the bottom line?

Reputation plays into so many aspects of what organizations are looking for.

The media is more likely to talk positively about a company with a good reputation or use it as an example of a good company while they’re potentially talking (negatively) about a company that’s fallen into trouble.

These are all companies that are asking the government to approve their applications for expansion. So it’s very important that you have a strong, positive reputation.