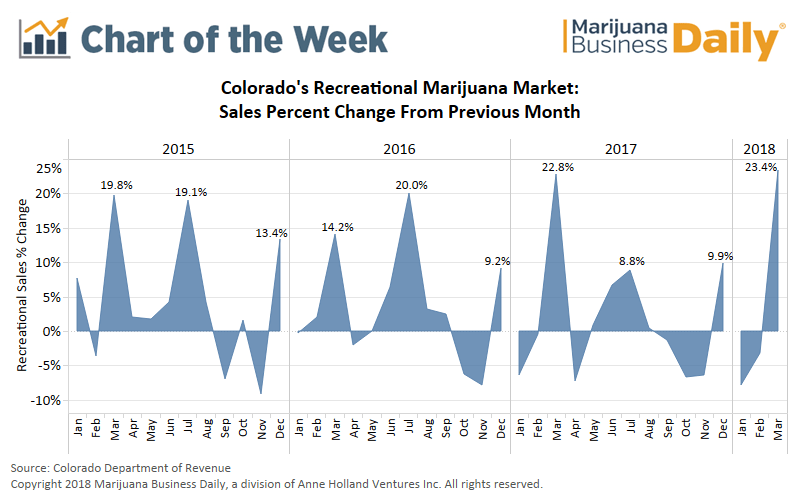 Recreational marijuana sales in Colorado eclipsed $105 million in March 2018, the highest monthly total for adult-use sales in the program’s history.

The record-breaking month is part of a broader, seasonal trend playing out in Colorado’s rec market, where sales have consistently spiked in early spring, midsummer and around holidays.

ADVERTISEMENT
Seasonal sales trends are common in the retail landscape. Sales of lawn and garden equipment, for example, jump in the spring, while pens, pencils and notebooks all experience major sales boosts around back-to-school season in late summer.

But the marijuana industry is still in its infancy, and only recently has there been enough data to observe these reliable, repeatable sales trends.

And the data shows that March is an especially important month for Colorado’s cannabis retailers, as it marks the beginning of peak sales season.

Historically, adult-use revenue surges in March, ramps up in the summer months and plateaus around August or September.

The sales increase in Colorado in March 2018 was particularly notable, with adult-use revenue up more than 23% from February. On a percentage basis, that represents the largest month-over-month sales gain in Colorado’s rec market in more than three years.

Here’s what you need to know about recreational marijuana sales in Colorado in the month of March: 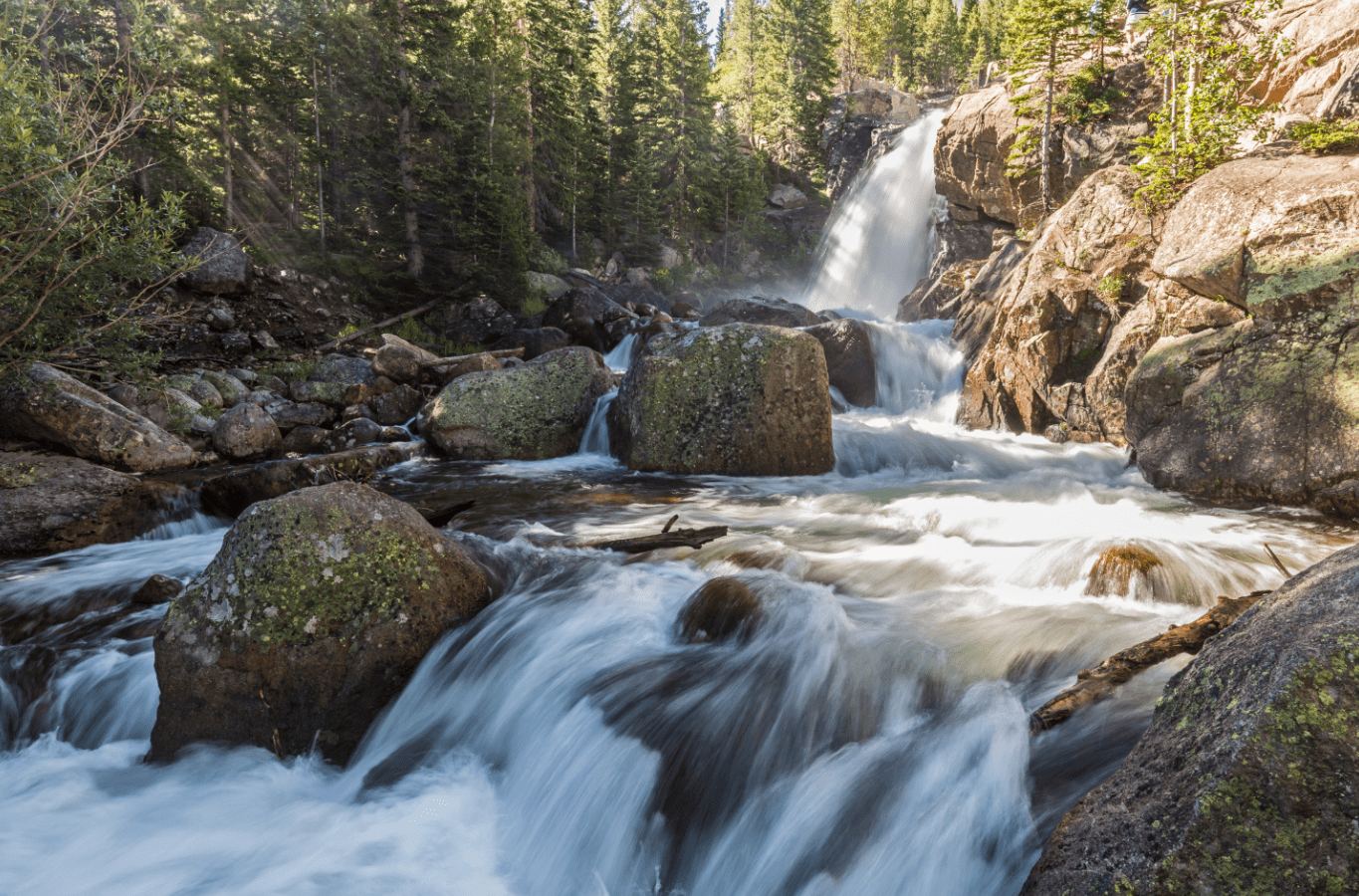