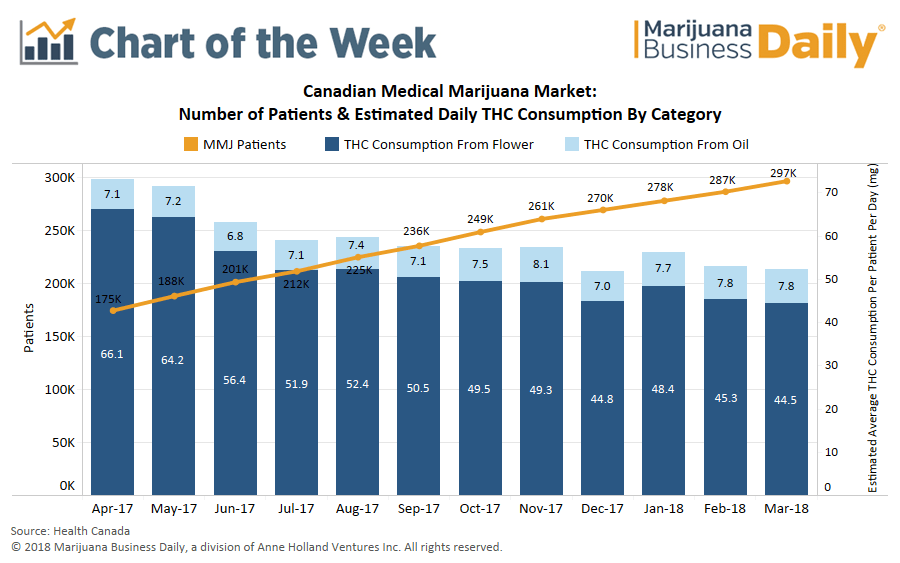 The number of medical marijuana patients in Canada skyrocketed in recent months, and patterns of consumption are evolving as the market grows.

ADVERTISEMENT
Assuming that the average THC content of both dry flower and cannabis oil sold in Canada is 18% (in line with research examining THC content in legal marijuana markets throughout the U.S.), average daily THC consumption on a per-patient basis in April 2017 was 73.1 milligrams, 90% of which came from flower. In March 2018, average daily THC consumption per patient fell to 54 milligrams – a 26% decline – with 85% coming from flower.

While individual usage can vary greatly, these results point to broad trends playing out in the market.

Declining per-patient consumption indicates that patient growth is increasing at a faster rate than sales of dry cannabis and cannabis oil, likely driven by newer patients joining the MMJ program and treating less chronic or severe conditions that require lower doses of THC.

These new patients appear to show a preference for cannabis oil, boosting average daily per-patient consumption of oil as they enter the market.

Though flower consumption is on the decline, limitations on potency and product choice for cannabis oils – combined with higher prices – have kept the use of flower as the primary method of ingestion for most MMJ patients.

Unlike many markets in the U.S., Canada limits the amount of THC in cannabis oil to 30 milligrams per milliliter, or 30%.

No high-potency concentrates, such as wax or shatter, or edibles, such as cookies or brownies, are sold in Canada’s MMJ market, though edibles may be allowed next year. 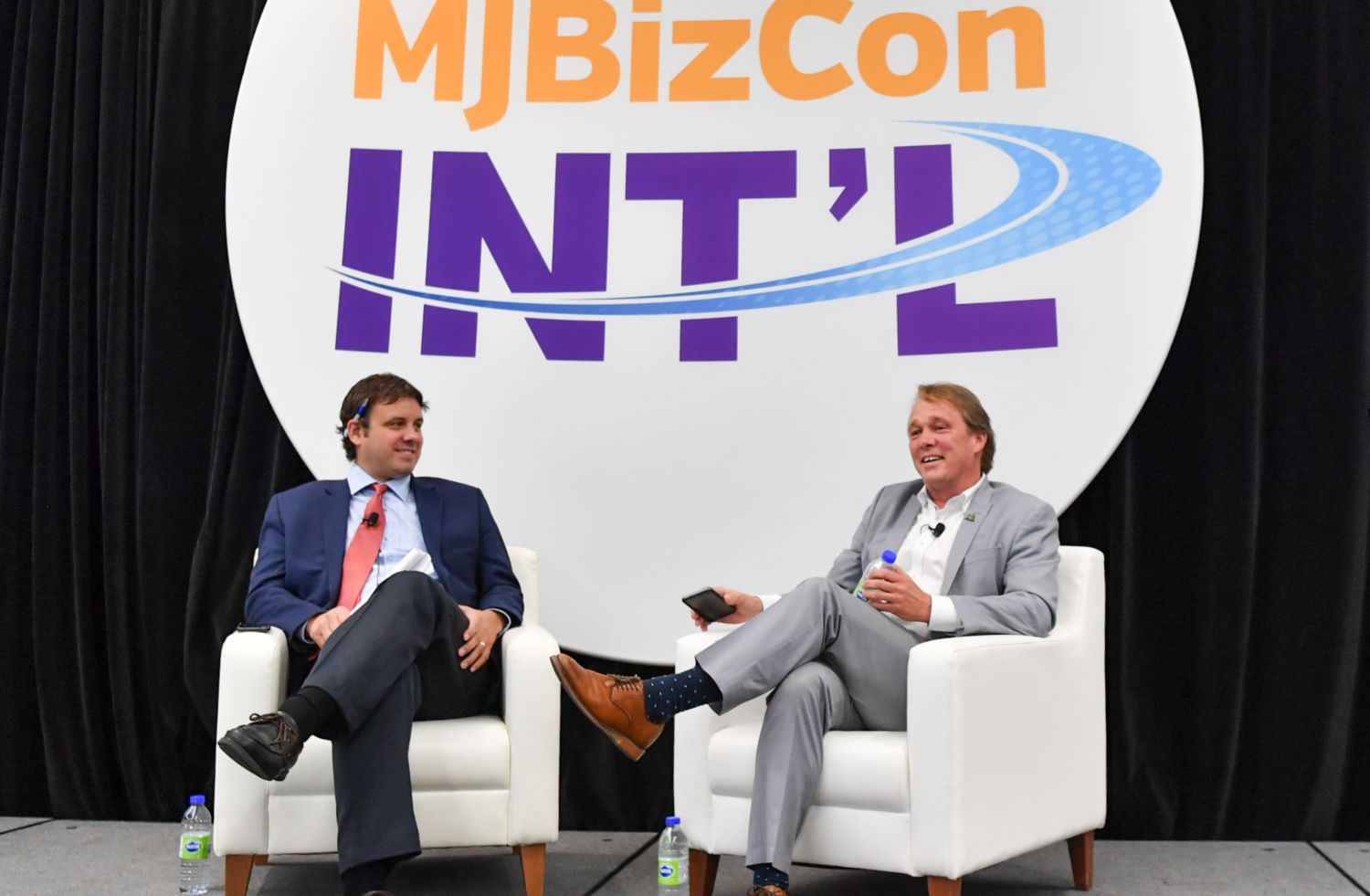