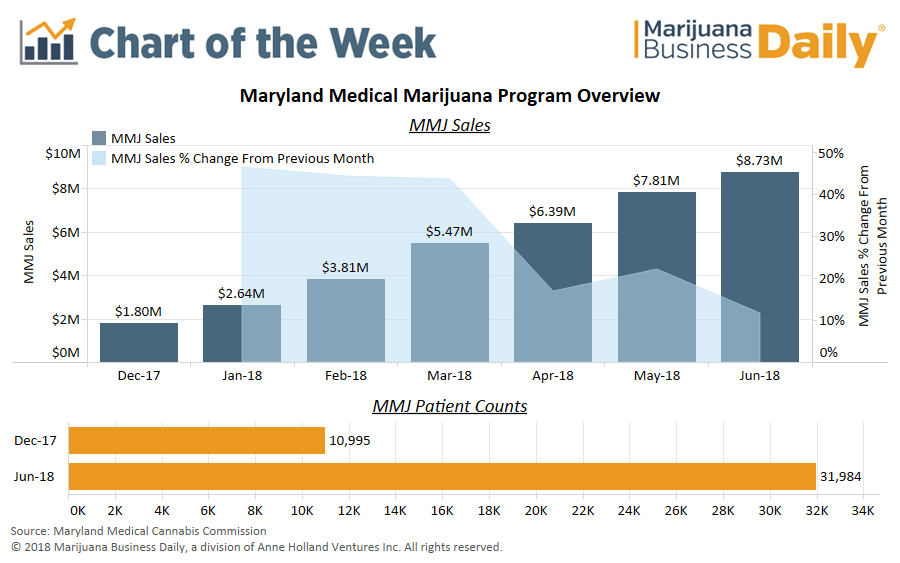 Maryland’s medical marijuana market is off to a hot start – a welcome development for a program that took more than four years to get off the ground.

ADVERTISEMENT
Dispensaries racked up nearly $35 million in sales in the first six months of 2018, and market activity is expected to increase significantly as more stores open their doors and patients register for the program.

Sales could approach the $100 million mark by the end of the year.

All U.S. Maryland News by State Statistics, Data and Charts