The Average Market Rate (AMR) for a pound of wholesale marijuana in Colorado’s recreational market has hit an all-time low, pushed down by the continuous flow of new cultivation facilities coming online, increased efficiency among existing growers and a rising number of outdoor grow operations.

ADVERTISEMENT
Used by the Colorado Department of Revenue to levy excise taxes, the AMR is determined twice a year based on the average price of all retail marijuana sold or transferred from cultivators to retailers and infused product manufacturers.

Meanwhile, the number of cultivation licenses in the state continues to climb. Since January 2016, 176 new cultivation operations have come online, which equates to a 10% increase every six months.

But he noted that much of the growth in cultivation licenses stems from existing businesses expanding their capacity and adding more cultivation facilities – versus new companies being launched.

Expansion among some of the larger, more sophisticated players in Colorado’s adult-use market would tend to place downward pressure on the average price of wholesale cannabis. These operators are able to produce high volumes of flower at a relatively low cost – giving them the flexibility to accept lower prices while staying profitable.

Williams also pointed to the growing number of outdoor cultivators in Colorado’s rec market as a significant contributor to falling wholesale prices.

“I think we’re seeing a growth of outdoor (grows), which is going to start driving costs down even more, and that’s pretty new,” Williams said. “There’s certainly a need for that to mature, but it’s a cheaper grow technique and as you get better at it and get better quality it’s hard to compete with outdoor on price.”

With the growing commoditization of marijuana, a cultivators’ ability to compete on price is paramount to success.

That’s a major boon for outdoor growers, which can capitalize on the fact many consumers are unable to distinguish between flower that’s grown outdoors, indoors or in a greenhouse.

“Outdoor is getting higher quality in Colorado, but it still generally sells at a lower price point. But it doesn’t matter as much, because you’re cost of production is a lot less on outdoor,” Williams said. “Any of the stuff that has good shelf appeal can be sold as flower; the rest of the flower can be sent elsewhere, like dried product for extracts.”

Though most concentrates and edibles are produced with trim – which Colorado provides a separate, biannual AMR calculation for – some infused product companies are using whole flower in the manufacturing process.

Looking forward, Williams predicted the growth in new cultivation licenses will begin to stagnate. But he added that no one can foresee when that growth will slow – or how much wholesale prices will need to fall to trigger a slowdown. 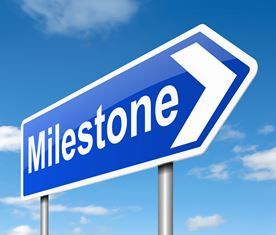 Cannabis industry pushes back against Ontario retail blueprint, but welcomes the clarity