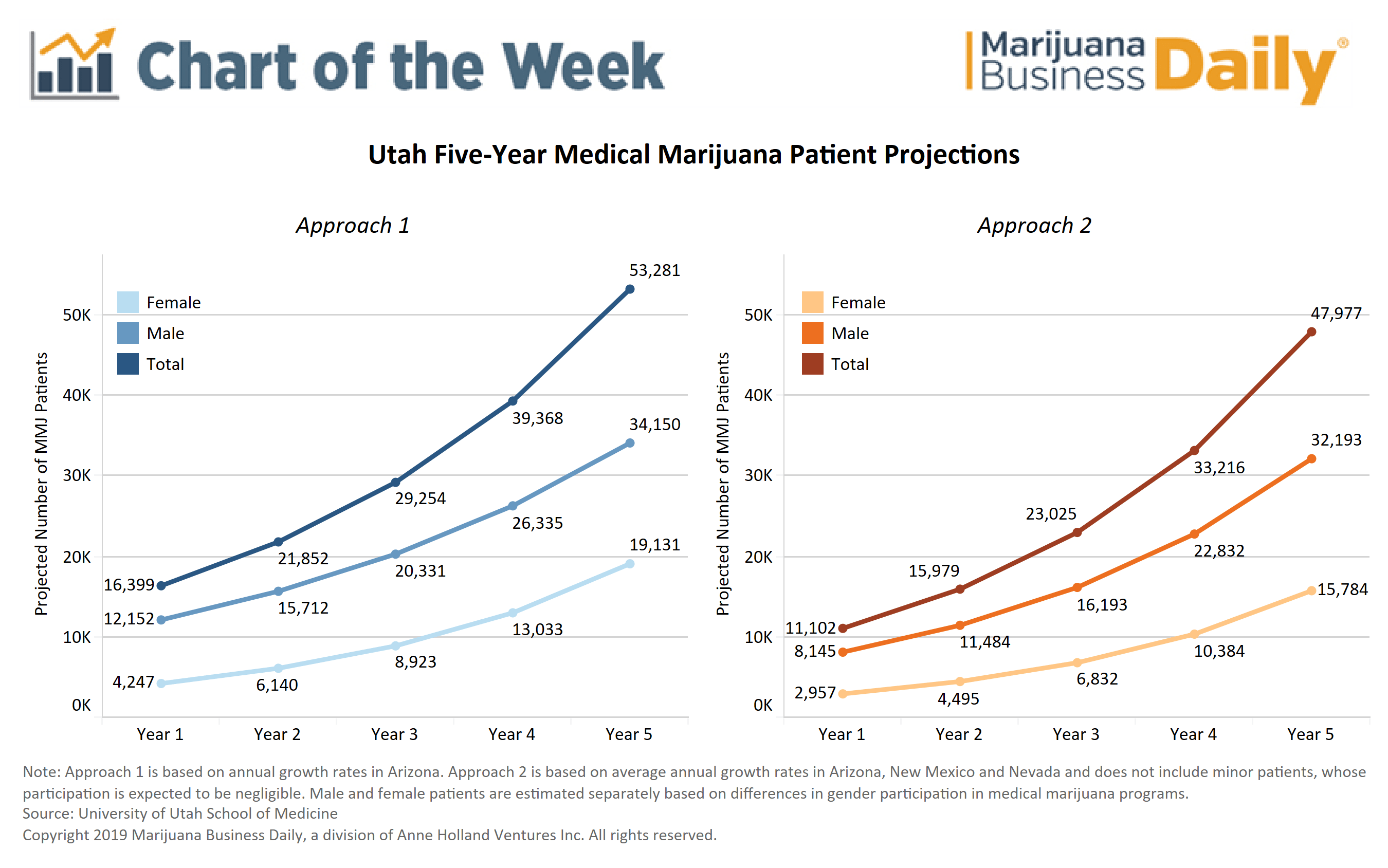 A recent decision in Utah to award fewer medical marijuana cultivation licenses than allowed raised concerns about a supply shortage, but projections show a relatively small patient count and slow growth in the state.

In July, Utah’s Department of Agriculture and Food (UDAF) decided to award only eight cultivation licenses – two fewer than the maximum 10 allowed by law – raising concerns that demand would outpace supply.

ADVERTISEMENT
However, estimates developed by Amanda Bakian, a research assistant professor at the University of Utah School of Medicine, show that the registry may reach only 11,000 patients in the first year and 50,000 after five years.

A patient pool of 50,000 would be 1.5% to 2% of Utah’s population – a proportion achieved by Florida and Maryland within the first two years of sales.

If accurate, these estimates – based on patient growth rates from Arizona, New Mexico and Nevada – mean the market may develop slowly enough to allow regulators and cultivators to adjust operations to meet demand.

“These are estimates, and with statistical modeling, you’re more accurate closer in,” Bakian noted.

“Year 1 projections are going to be more accurate than Year 5.”

Highlighting Bakian’s point: Last month, Utah legislators began drafting a proposal to eliminate a proposed state-run setup and instead allow for up to 12 privately owned dispensaries.

Decreasing the number of dispensing outlets – thereby limiting access for prospective patients – could reduce the number of patients who join the registry.

An earlier version of Bakian’s study was posted on the UDAF website as a guiding tool for marijuana business applicants.

Medical marijuana sales in Utah are expected to begin in March 2020.