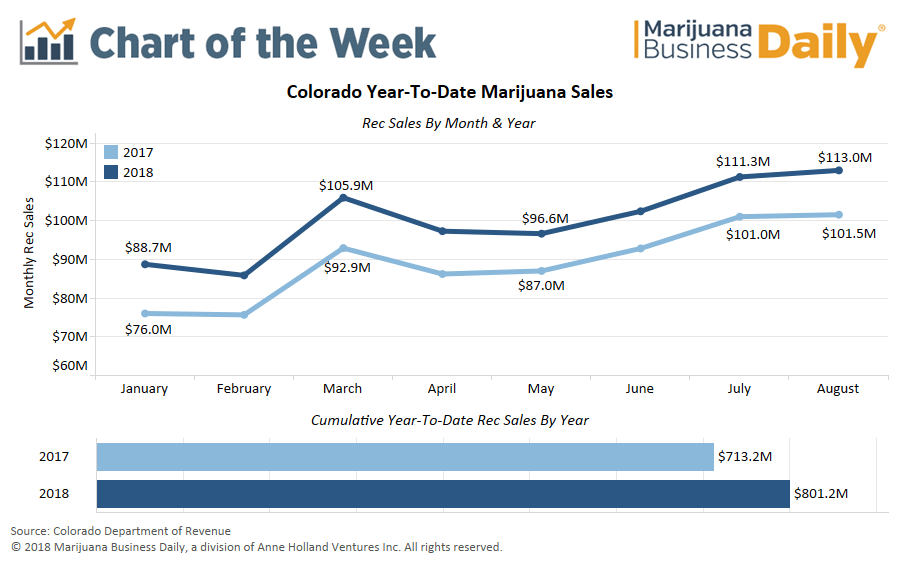 Colorado’s adult-use marijuana market continues to surge nearly five years after the launch of recreational sales in the state.

Through August 2018 – the most recent data available from the Colorado Department of Revenue – recreational marijuana sales topped $800 million and the state is on pace to surpass $1.2 billion by the end of the year.

That would represent a 12% increase over total sales in 2017.

The sales data alone do not reveal what’s driving the increases, though there are signs that suggest expanded access to rec stores and shifting consumer preferences may be at play.

Meanwhile, concentrates and edibles have been steadily growing in popularity with consumers. Both types of products retail for a higher price relative to traditional flower.

Other notes about recreational marijuana sales in Colorado include: