ADVERTISEMENT
Medical cannabis dispensaries in Oklahoma are engaged in a price war, fueled by an oversupply of retail stores and no qualifying medical conditions required for an MMJ card, according to a nonprofit journalism publication.

There are 2,242 licensed dispensaries, according to the latest figures from the Oklahoma Medical Marijuana Authority.

According to Oklahoma Watch: 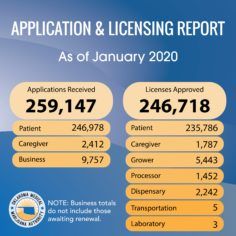 That success has led to “intense competition” among licensed dispensaries as well as a saturation in which some stores are on the “same block of a city street,” according to Oklahoma Watch.