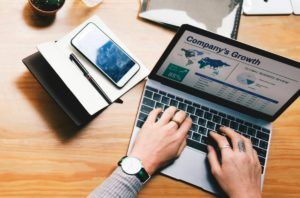 During the quarter, Cronos closed a CA$2.4 billion strategic investment from Altria Group.

Shares of Cronos, which trades on the Nasdaq as CRON, slipped nearly 3% in early trading Tuesday morning, opening at $19.65 a share compared with Monday’s closing price of $20.53.

The Ontario company, founded in 2013, cultivates and distributes medical and recreational marijuana in five provinces across Canada.