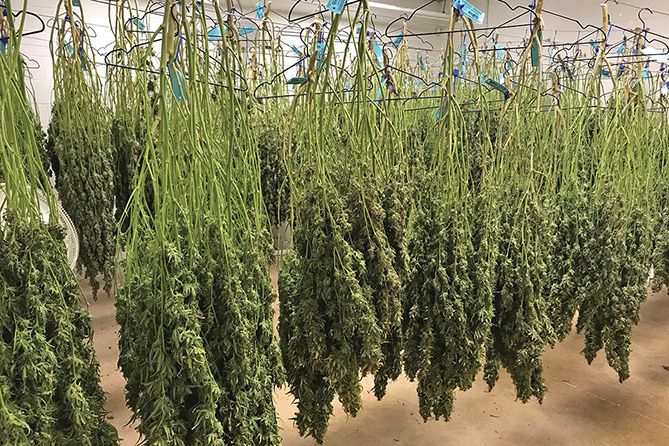 After months of growing and caring for their cannabis plants, diligent cultivators pay close attention to the curing and trimming processes to ensure the product delivered to consumers is of the utmost quality.

“It’s like running a race,” said Ryan Gomez, co-founder and head of cultivation for Albuquerque, New Mexico-based P?rLife. “Everyone wants to start out strong, but you have to finish strong.”

If a grower messes up the cure or trimming, the whole product can be lost, he added.

Cultivators looking at honing their trimming and curing practices should consider:

A customer should pick up a well-trimmed and cured bud, twist it around and see the trichomes sparkle and smell the terpenes that properly express the particular strain of flower, said Tom Stevenson, CEO of Denver-based Bonsai Cultivation.

“You have to carry it every step of the way or it’s not going to end up like that,” he added.

“We feel that consumers will have the best experience and quality if we allow the flower to slow-dry to preserve terpenes,” Shroyer said.

To his mind, properly cured flower has a moisture content of 11%. His crew keeps the humidity in the upper 50% to lower 60% range and around 75 degrees.

If you rush the cure, chlorophyll and sugar get locked in the plant, according to Shroyer, and that results in a harsher smoke with poorer taste.

Revolution cures its flower in food-grade plastic storage containers and burps them by opening the containers to circulate air as often as required, depending on moisture content.

Stevenson at Bonsai Cultivation hangs his plants for seven days before placing them into mahogany curing boxes from Englewood, Colorado-based Yofumo Technologies.

The boxes are temperature- and humidity-controlled and, according to Stevenson, can shave about five days off his curing time. With the expedited process, it takes him about 10 days to cure flower after harvest.

Gomez cures on the longer end of the spectrum—from two weeks to a month—with temperatures in the low 60s and relative humidity around 60%.

“Cannabis is like wine in the sense that it gets better with age,” he said.

P?rLife uses food-grade bins that are burped regularly, depending on how the flower feels. Every strain is different, Gomez said, but he likes the buds to be spongy to the touch. Keeping the flower relatively dry is paramount, as too much humidity can rot the bud.

“From the start of the plant as a clone, our product gets personal attention,” he added.

Revolution trims by hand to preserve as much trichome content as possible, Shroyer said. Cannabinoids are concentrated in trichomes.

“It allows you to create a very high-quality, consistent product,” Shroyer said.

Using humans rather than machines also means the flower is inspected again before it’s sent to retail.

For Stevenson, hand-trimming is a critical step in landing flower on the top shelf at a retail store.

“It’s what the customer demands for the highest-caliber cannabis in the market,” he said.

Gomez also eschews machine-trimming as he feels it breaks down bigger buds into “little nuggets.”

“What I really like about hand-trim is the personal attention to the product,” he said.

Trimming by hand helps to retain more weight, as a machine can cut off too much and reduce your yield, according to Gomez.

“You’ll lose some of the actual product,” he added.

Revolution prides itself on providing jobs by using human trimmers.

The practice also helps them to keep the trimmers employed full time, so the company isn’t relying on seasonal trim crews who might not have as much commitment to the business, Shroyer said.

Stevenson recognizes that hand-trimming is more expensive in terms of labor, but he believes the expense is worth it.

“It’s the aspect that sets the high-end cultivator apart from the rest of the pack,” he said.

His operation trims about 400 plants a week, so his crew never runs out of work.

Gomez thinks about labor in much the same way.

His full-time trim crew helps with harvest, pruning and cleaning, as well as their regular trimming duties. For every 20 grow lights, he employs three to five workers.

Beyond the benefit of P?rLife consistently having full-time employees on staff, Gomez knows that, by being around the plant through harvest and pruning, the workers also become familiar with how each cultivar should express its unique characteristics.

“Having them on full time helps them to understand the strain,” Gomez said.