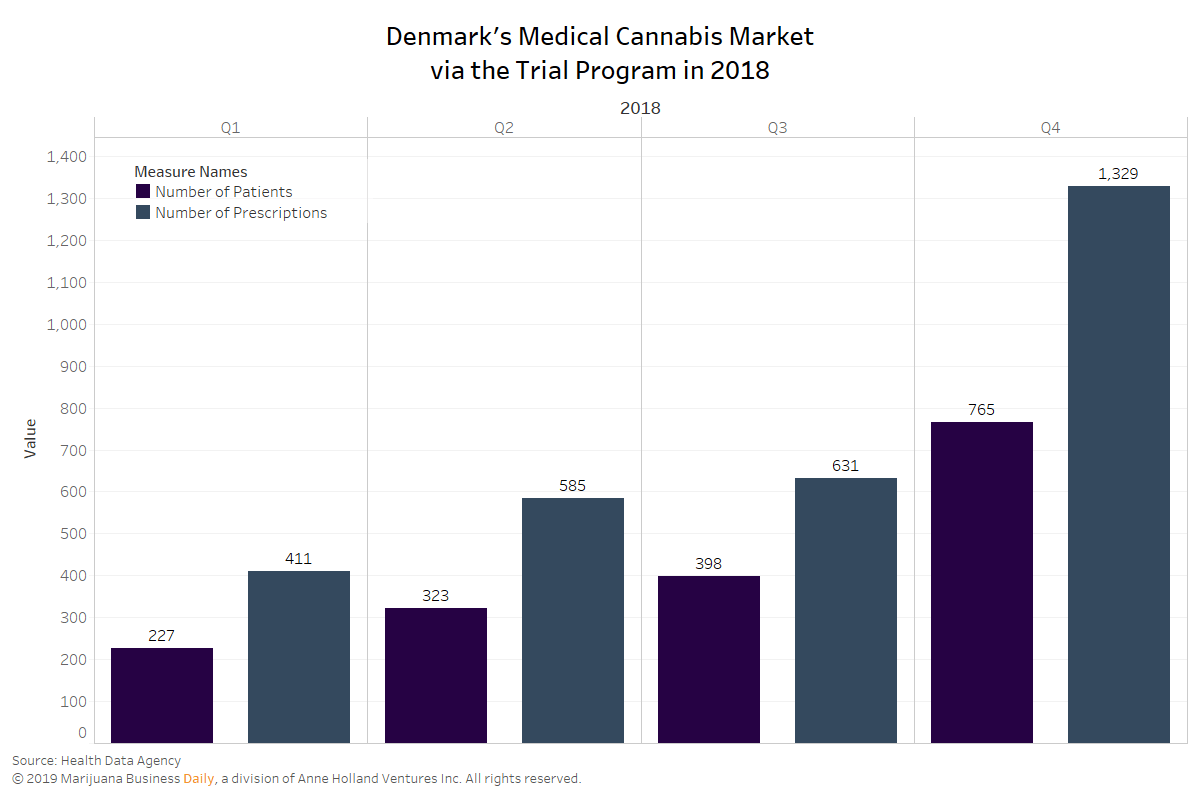 The number of patients who received medical cannabis prescriptions in Denmark more than tripled in the initial year of the country’s program, exceeding expectations of executives in the country.

However, more needs to be done to lower prices, expand product selection and further improve access, the executives said.

ADVERTISEMENT
Prescriptions of medical cannabis products in Denmark rose from 411 for 227 people in the first quarter of 2018 to 1,329 prescriptions for 765 patients in the fourth quarter of last year, according to data collected by the Health Data Agency.

When all medical cannabis is taken into account, 6,778 prescriptions were redeemed by 2,321 people during 2018.

Products available to Danish patients via the pilot project include flower imported from Bedrocan in the Netherlands and Stenocare oral solutions produced by CannTrust and imported from Canada.

Dronabinol, Sativex, Marinol and Cesamet products also are available in Denmark but are outside the pilot program.

A lack of available products under the trial scheme resulted in a bump in legal sales through other channels.

“It is important to understand that sales of medical cannabis products outside the pilot program have increased due to a lack of available products under the pilot, as well as increased awareness of medical cannabis in Denmark,” said Michael Prytz, investment manager for Invest in Denmark and senior adviser for Denmark’s Ministry of Foreign Affairs.

CEO Farzad Jahanshahi of Medican – a Danish producer of medical cannabis products –  said the number of patients treated with cannabis in the first year was more than initially expected, but he identified three areas that need improvement:

“It is expected that with increasing physician satisfaction with treatment results combined with the introduction of more cannabis products and a reduction of prices will increase the number patients and market for cannabis products,” Jahanshahi said.

So far, all medical cannabis in Denmark is imported, but that is expected to change as early as late this summer.

As of mid-April, 23 applicants had been granted authorization to cultivate and handle cannabis in Denmark, and another 12 applications are pending a decision.

“The Danish medical agency has to do inspections and approve the licenses, and, fingers crossed, we will see the first companies ready around summer or just after,” said Rikke Jakobsen, CEO of Cannabis Denmark, a nongovernmental organization.

A number of domestic and international cannabis companies are using Denmark as the linchpin of their strategies to tap the European market for medical marijuana.

Rival producer Aurora Cannabis plans to have the first “saleable” harvest from its Danish facility by the end of first quarter and initial shipments in the following quarter. 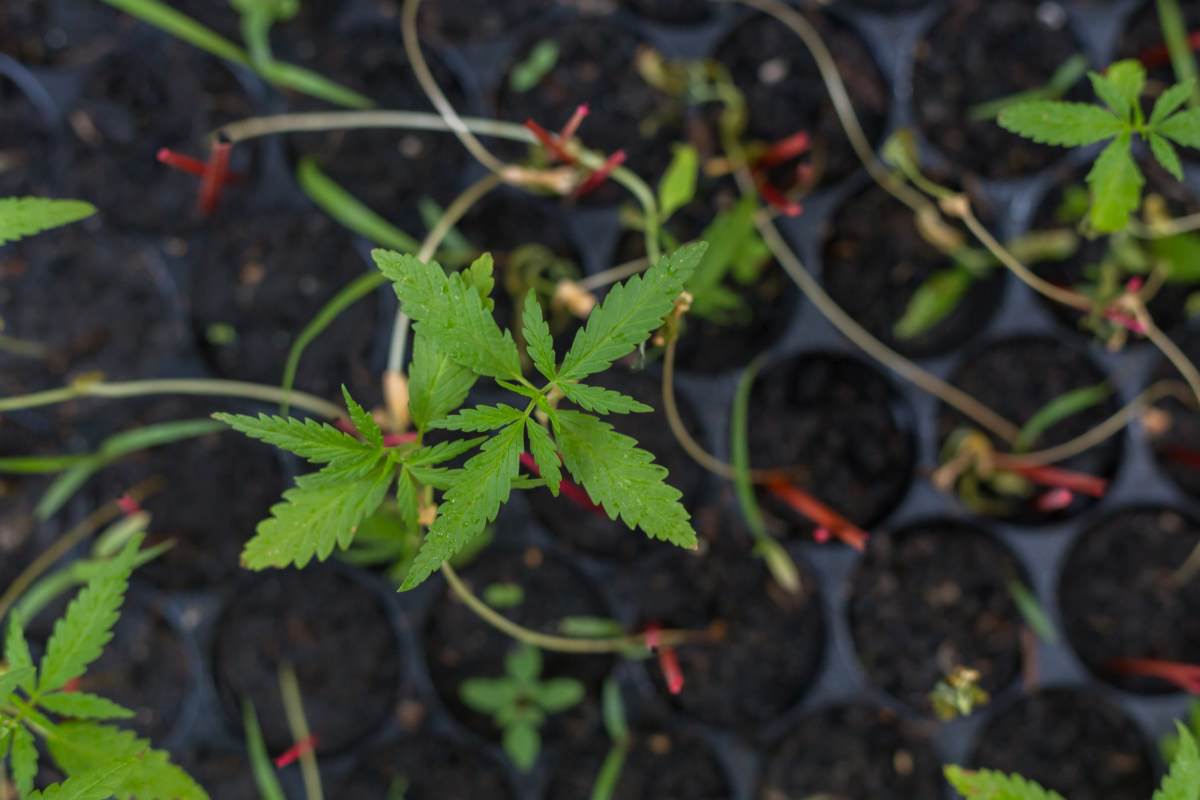 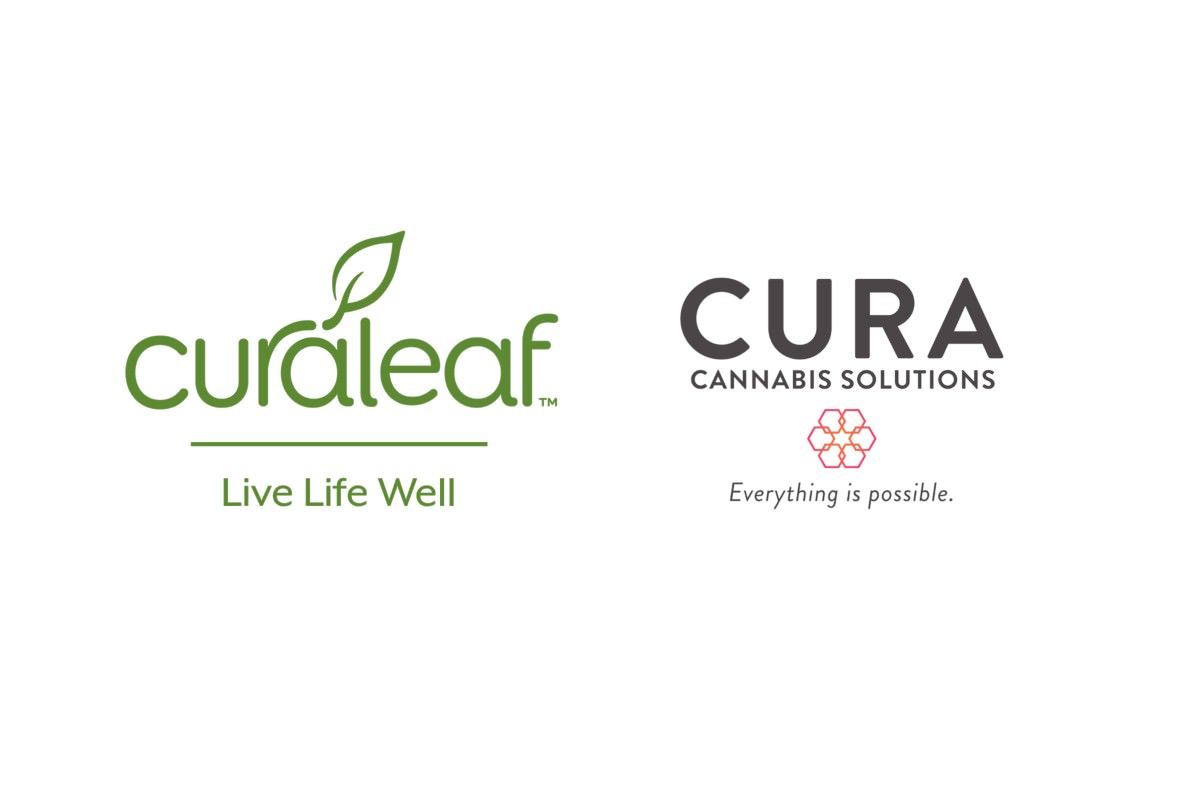