A drug delivery and technology company has received approval from the U.S. Drug Enforcement Administration to import marijuana for research.

Formally allowing a private company to import cannabis products, even if just for research purposes, is a big step that could lead to further easing federal restrictions on the marijuana trade.

Catalent, a New Jersey-based drug development and technology company, applied with the DEA in August to allow its Kansas City, Missouri, facility to import cannabis. The DEA approved the request in early December, according to a Federal Notice.

According to the notice, Catalent will “import finished pharmaceutical products containing cannabis extracts in dosage form for clinical trial studies.”

One of Catalent’s clients is GW Pharmaceuticals of the United Kingdom, a publicly-traded company with one cannabis-derived drug already on the market and a second in clinical trials.

Before granting the permission, the DEA inspected Catalent’s “controls against diversion,” such as its physical security, compliance procedures and legal history.

For the most part, the DEA has stood in the way of marijuana research. And last month, DEA head Chuck Rosenberg said medical marijuana was a “joke,” prompting a backlash from cannabis activists. 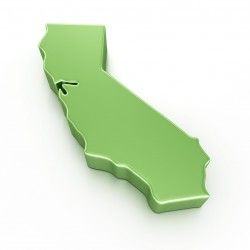