Capital raises in the cannabis industry may be roughly the same in terms of absolute numbers, but data shows the amount being raised has grown significantly.

In August, the number of closed capital raises was 38, one fewer than the corresponding month last year, but the amount raised totaled $972.8 million, compared with $369.3 million.

In terms of M&A transactions, 24 deals were completed in August compared with 26 in the same month in 2018.

This monthly series from Marijuana Business Daily and Viridian Capital Advisors provides the latest data on cannabis investment activity and M&A, along with key takeaways, analysis and trends based on recent market moves.

The data below, provided by Viridian Capital Advisors, is through the end of August. 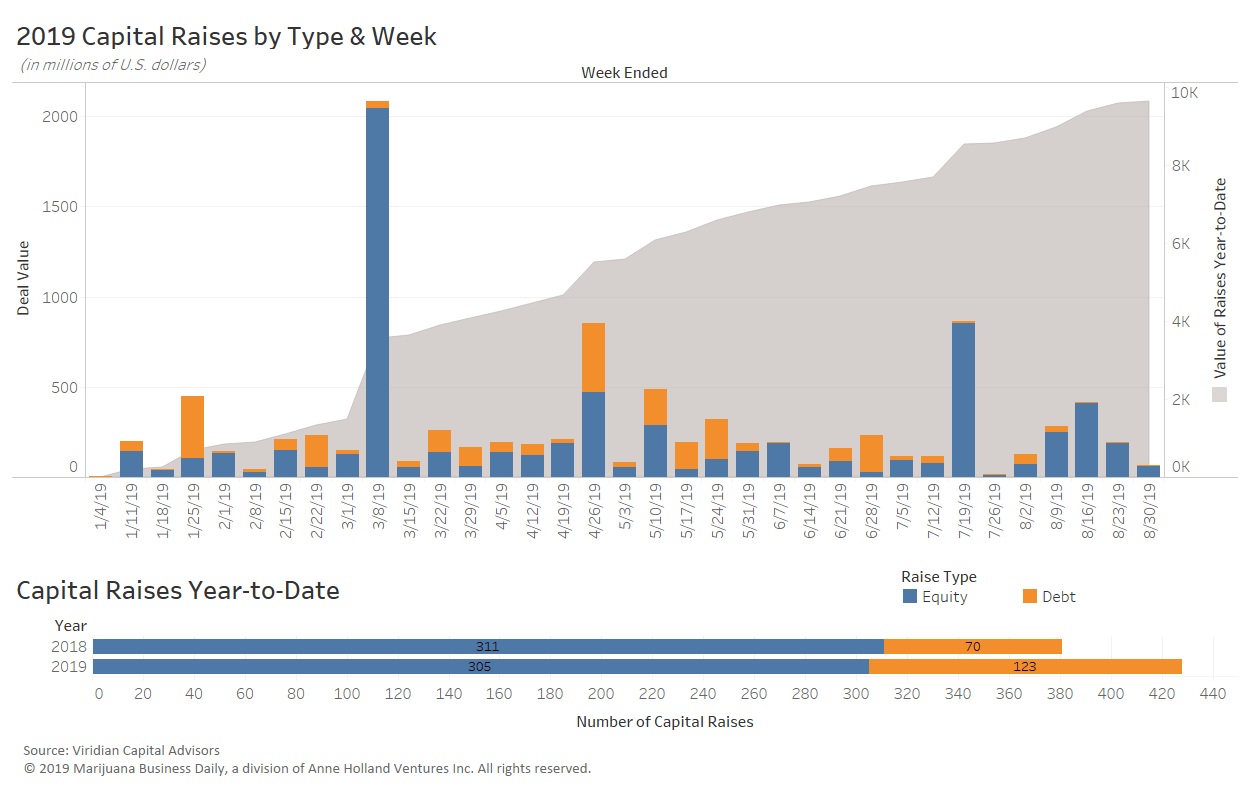 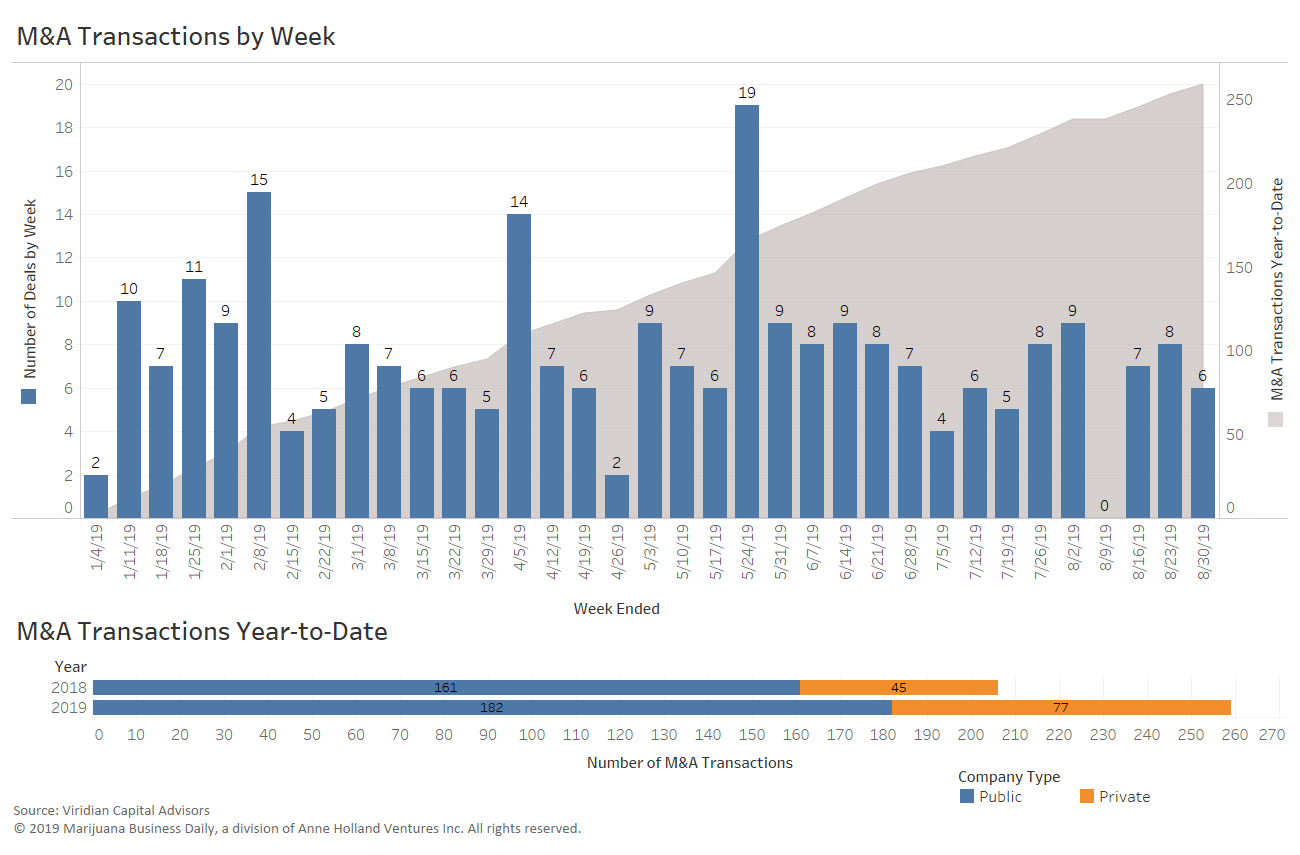 Cultivation and retail continue to dominate M&A in August

Acquisition activity in the M&A sector has been boosted by a couple of factors.

The sector, among the most established in the industry, is facing consolidation, even as multistate operators expand into new markets.