This past week saw the second-highest amount of money raised through equity in three months in the North American cannabis industry – even as merger and acquisition activity slowed to a complete halt.

A total of $251.93 million was raised in equity in the most recent week, the second-highest amount since the week ending May 10.

In all, $275.25 million was raised through a combination of equity and debt.

You can find more details on the highest raises of the week below.

The data below, provided by Viridian, is through the week ended Aug. 9. 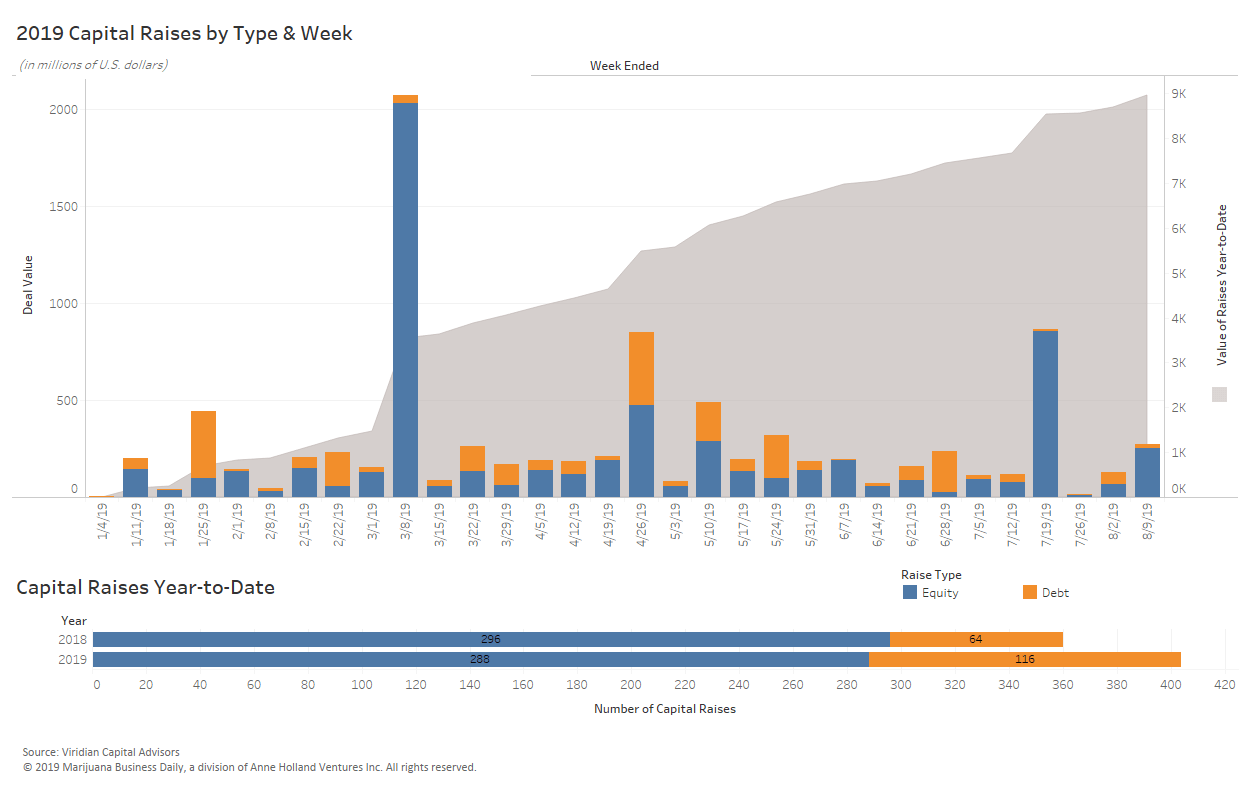 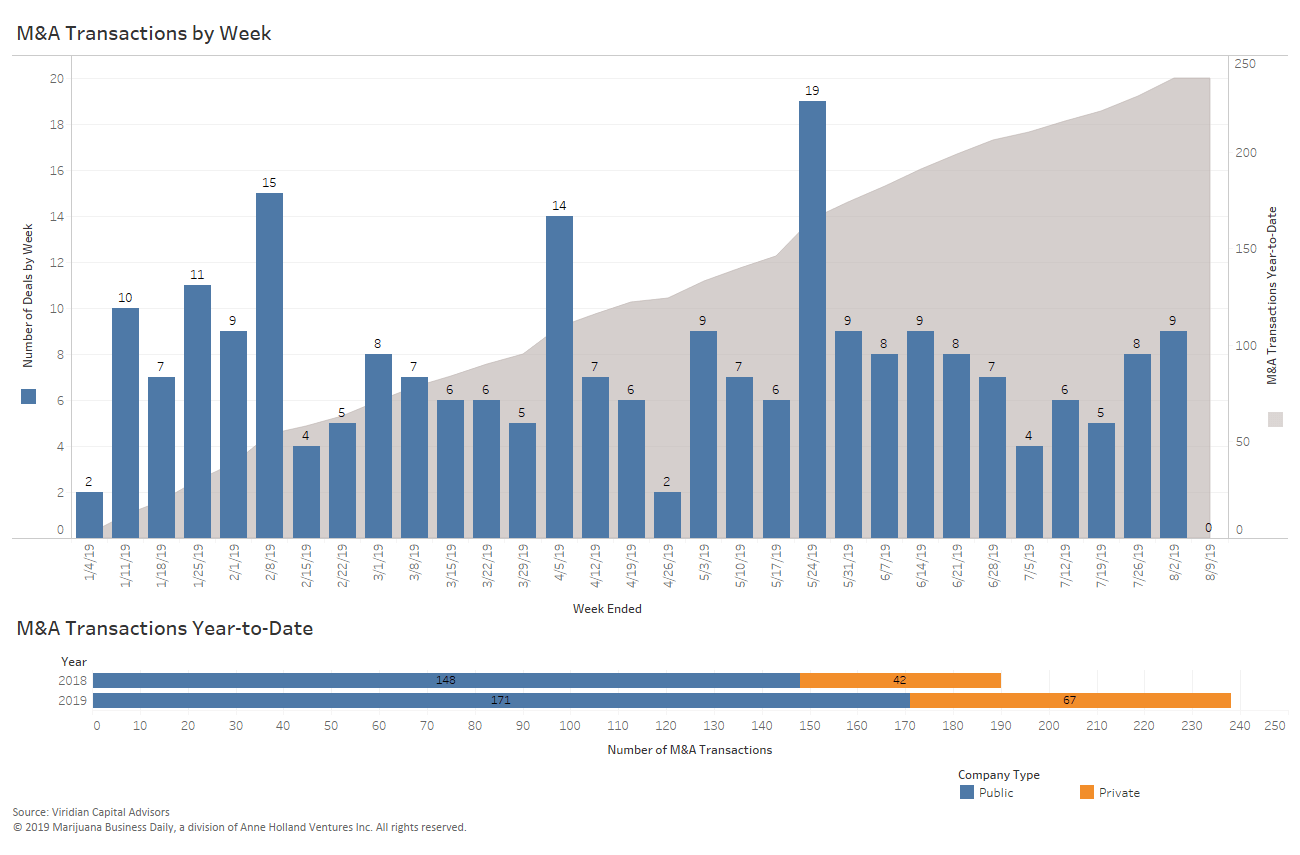 There were no M&A transactions closed for the week ending Aug. 9.