While overall merger and acquisition investment in the North American cannabis industry has been far outpacing that of 2018, several sectors have posted notable increases so far this year.

In the corresponding period of 2018, the total of such investment was just $257.47 million.

The data below, provided by Viridian Capital Advisors, is through the week ended July 26. 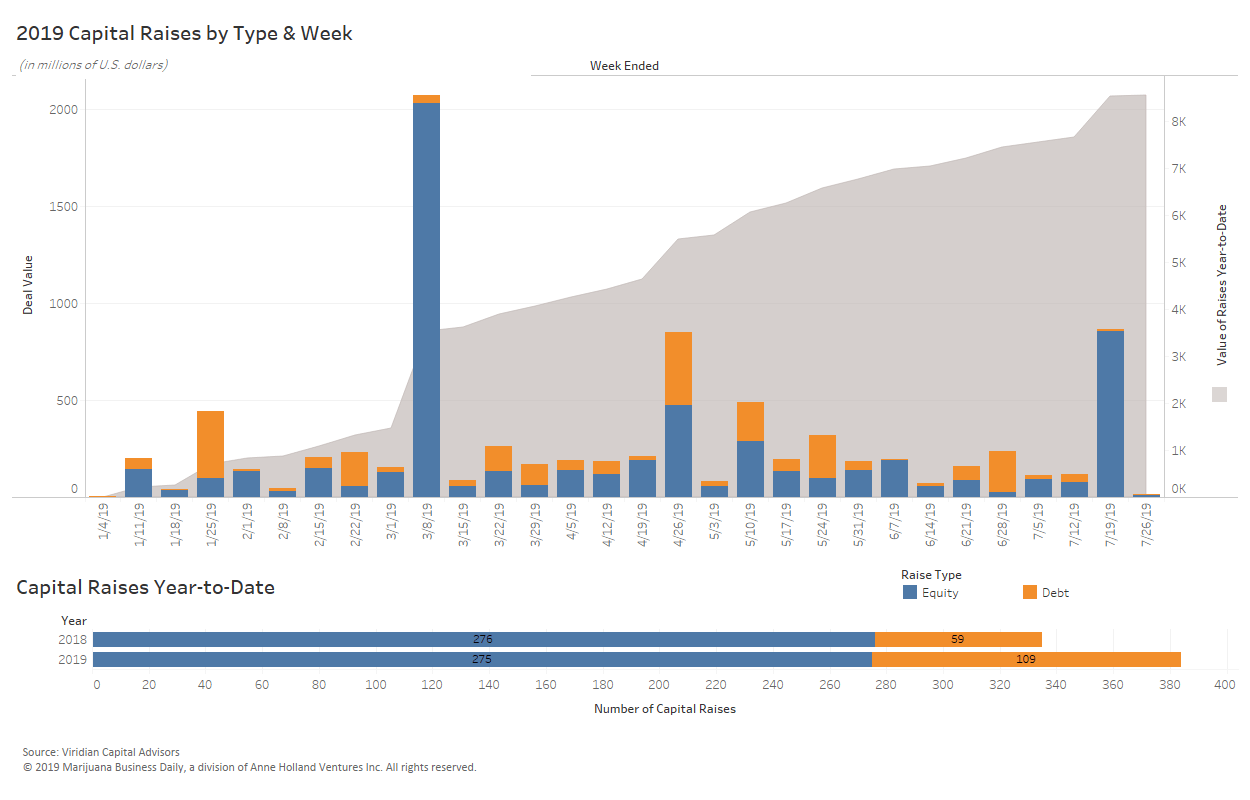 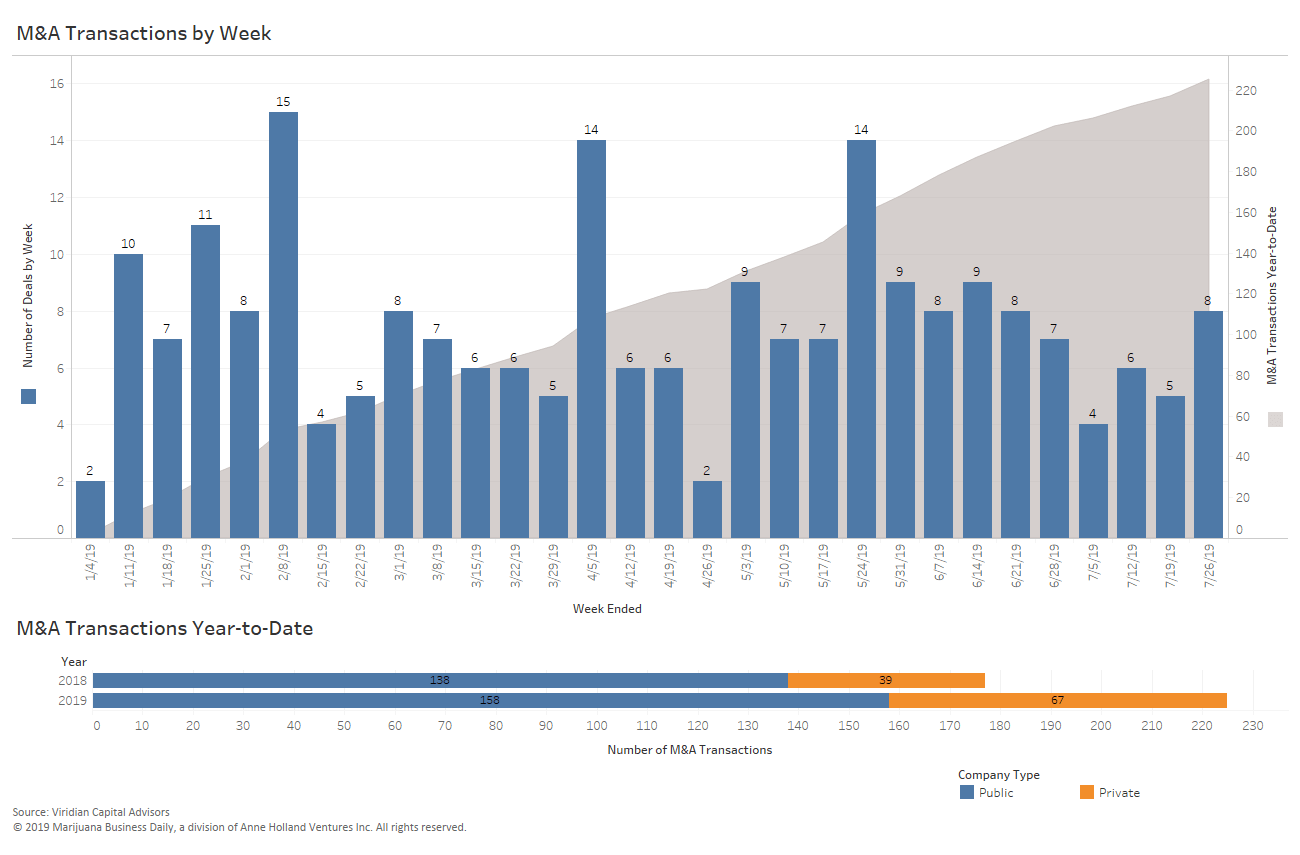