While the total number of capital raises in the cannabis industry so far this year remains less than the same period in 2018, debt raises among publicly traded companies are significantly outpacing those of last year.

Public cannabis companies have been involved in a total of 33 debt raises for the first 13 weeks of the year compared with just 19 in the same period in 2018.

The fact that there are more public companies in the cannabis space compared to the previous year may be a contributing factor, but the data also shows that these companies are actively seeking funding – primarily to drive further expansion.

The data below, provided by Viridian Capital Advisors, is through the week ended March 29. 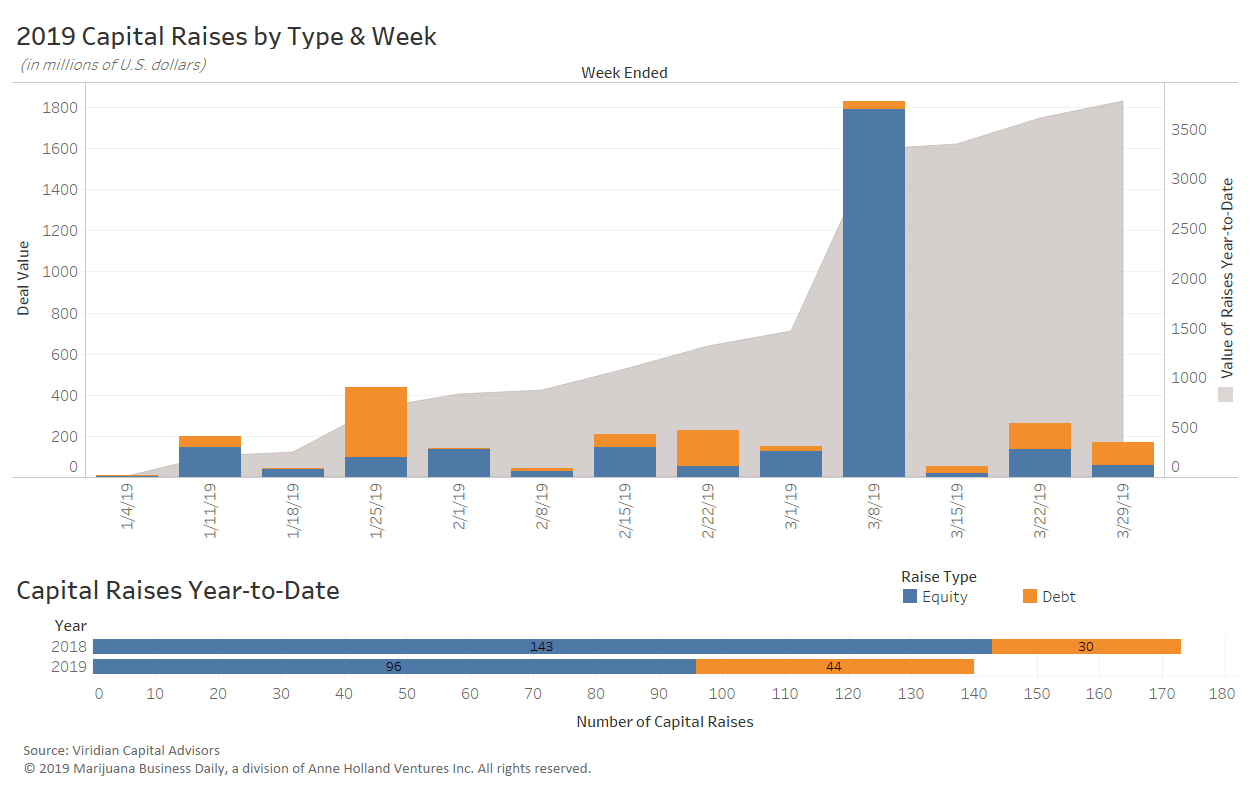 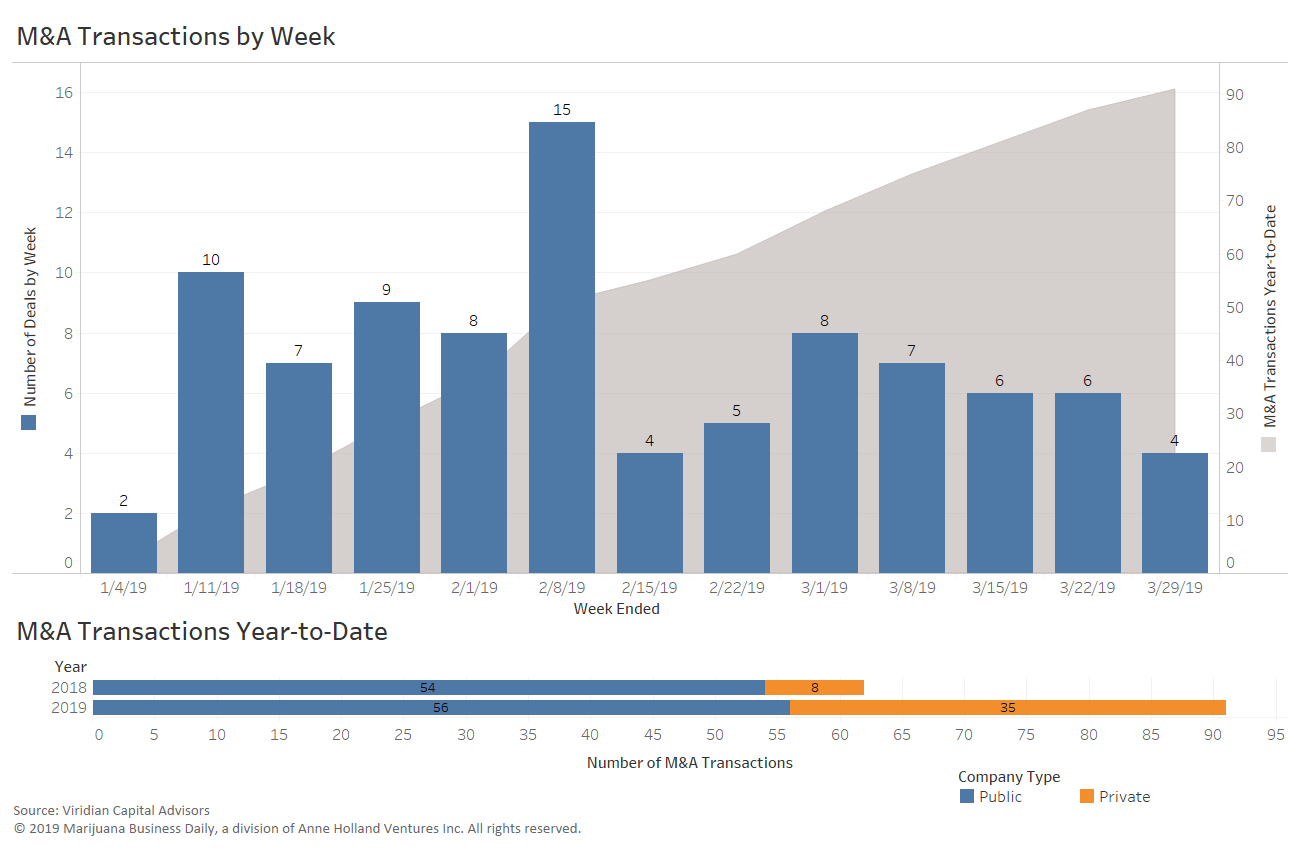 Vireo, which trades on the Canadian Securities Exchange as VREO, did not disclose the value of either deal.